If you are a Mary Poppins fan, as I am, you were probably as excited as I was to check out Saving Mr. Banks, which is based on Walt Disney’s long-time efforts to bring Mary Poppins to the big screen. As chronicled in the film, that proved to be quite the challenge given that the […] 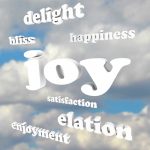 For those entrepreneurs who have struck it rich thanks to the Internet, Al Gore’s invention has been a wonderful thing. But a news story last week illustrated that the Internet also can cause a lot of headaches–even for the same people whose children and grandchildren may never have to work a day in their lives because […] 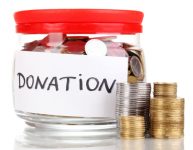 I learned something last week. If you read a youngster’s text messages, you’ll notice a complicated system of abbreviations, symbols, and symaphores that, when translated with your 7-year-old’s assistance, become more-or-less coherent English sentences. Anyway, I learned “SMH” means “shaking my head,” which is exactly what I do these days when I hear the words […]

This past week the biggest story in the NBA was not the excitement of the first round of the playoffs, but the comments L.A. Clippers owner Donald Sterling allegedly made to his girlfriend. In an audiotape released Friday by TMZ, a man (allegedly Sterling) is heard chastising his girlfriend for associating with black people and […]

I watched the opening scene of Mad Men (Season 7, Episode 1) and thought, “Wow, Freddie has really gotten his act together.” His Accutron pitch, so polished, so vivid, so moving. Don Draper himself could not have done better. Turns out Don couldn’t have done better, but only because it was revealed later that Don […] 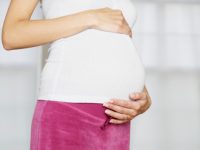 Thanks in large part to a record-breaking Kickstarter campaign, legions of “Marshmallows” and I recently got to enjoy new adventures of Veronica Mars on the big screen. Although Veronica left the small screen back in 2007, that did not stop my favorite private detective from diving right back into action (and danger) in the film version. The premise of the film […]

A few weeks ago, I saw a news story about how the last of the baby boomers are turning 50 in 2014. “Wow, that’s old,” I thought, until I realized that I’m 53. Then, as if I needed any further reminders of my elder statesmanship, one of the legal assistants in our office, a 20-something, […]

March Madness always brings out our need to sort, rank, and compare. Personnel managers need not be any different and, since I’m nominally in charge of bringing literature to the discussion here and since we trace this blog’s heritage to speculating on Michael Scott’s employment law sins in The Office, let’s begin filling a bracket […]

In any other NFL offseason, with the hype over combine results all over the television and free agency in full swing, it’s likely many football fans might not notice the NFL Competition Committee meeting in the background. But this year, the committee is making news as it mulls over a controversial potential new rule that […]