Are you guilty of using emoji in work communications? I must confess, being a Millennial, I’ve used the smiley face in plenty of work-related e-mails and plenty of work e-mails that go out to other professionals not in this company. My rule of thumb is if someone else uses it first, that person won’t think […]

What’s the truth about lying on résumés? Almost half of workers (46%) polled by staffing firm OfficeTeam said they know someone who included false information on a résumé, a 25-point jump from a 2011 survey. Job experience (76%) and duties (55%) were cited as the areas that are most frequently embellished.

August 21, 2017, was a once-in-a-lifetime opportunity to see a solar eclipse for some and—since it occurred on a Monday—a loss of profit for others. Did your company hold a solar eclipse viewing party, or did you simply allow your employees to view the eclipse on their own? Either way, if your employees weren’t working […]

There are so many articles out there highlighting the pros and cons of the Millennial generation, but this isn’t one of them. When you think of the gig economy, what comes to mind? Is it a tech start-up, filled with bright-eyed college graduates starting their careers? Or seasoned workers looking for a more flexible schedule? […] 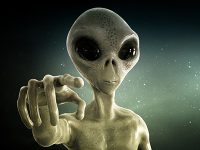 Odd job title alert: The National Aeronautics and Space Administration (NASA) is now on the hunt for a planetary protection officer (PPO). What is this, you ask? Well, in a nutshell, the person who takes on the role of PPO basically becomes Will Smith in the blockbuster film, Independence Day—and he or she will be […]

Whether you agree with him or not, one thing’s for sure: With President Donald Trump, there is never a dull moment! This edition of HR Strange But True is not meant to be a one-sided political discussion. It’s simply an example of how costly employee turnover can be, and with the latest hiring and firing—at […]

Are you part of the 14% of workers who are worried they’ll lose their jobs to automation? As HR technology advances, it’s no surprise that HR professionals may fear losing their jobs to robots, but technology isn’t all that it’s cracked up to be!

As we approach the dog days of summer, internships across the country will be wrapping up as college students prepare to head back to school. And one internship program is giving college kids—and adults over the age of 21—something to talk about!