Employee feedback, compliance, government forms, leave policies, recruiting: the list of tasks that an HR professional have to perform is nearly endless. Just as important as any one task is how professionals put them all together into a united front. Welcome to the Strategic HR topic. 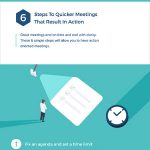 One third of the more than 11 million meetings held in America each day are considered unproductive—a statistic that costs an estimated 37 billion dollars a year. While managing six different companies across several time zones, Taskworld CEO and Serial Entrepreneur, Fred Mouawad mastered executing efficient meetings. The infographic below shares his tips on how […]

by Jen Carsen, J.D., BLR Legal Editor As you have undoubtedly heard by now, the Department of Labor has issued its long-awaited final regulations relating to the new overtime rules. By the DOL’s reckoning, these changes will extend overtime pay to 4.2 million Americans who don’t currently receive it.

As you know, the Sarbanes-Oxley Act was signed into law in 2002 to tighten corporate financial reporting protocols. Its overall purpose is to encourage companies to improve their audit requirements and to protect investors by improving the accuracy and reliability of corporate disclosures. Since its implementation, there has been much controversy regarding the efficacy of […] 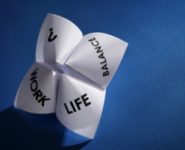 According to statistics released in 2014 by the United States Census Bureau, women are paid, on average, 79 cents for every dollar their male counterparts earn. A just released study of over 100,000 job offers by Hired.com found that 69% of the time men receive higher salary offers than women for the same job title […]

Yesterday’s Advisor featured survey results detailing the economic challenges of the gender leadership gap. Today we present some ideas on how to take action to address the situation. 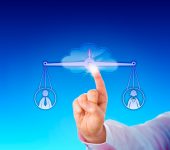 A new survey reports that from entry-level to C-level positions, women workers are facing more barriers and advancing more slowly than their male counterparts. Even when training is made available, the opportunity for female employees to apply their skills and advance within the company may just not be there—and that’s a big problem not just […]

Employers of all sizes have generously supported so-called affinity groups for years as a natural extension of workplace diversity, culture, and inclusion efforts. Also known as networking, advocacy, diversity, focus or support groups, it’s estimated that nearly 90% of Fortune 500 companies have them. Their aim was, innocently enough, to facilitate networking and common interest […]

Yesterday’s Advisor covered the importance of an engaged workforce and how you can serve as an example to your employees. Today’s article offers tips for creating a culture of engagement.

By Holly K. Jones, JD, Senior Legal Editor When the Roomba first hit the market it was one of those mythical things, to me—like hoverboards and self-driving cars and same-day Amazon delivery—about which I could only dream. But as the prices became more reasonable and the devices more sophisticated, I decided that, as a person […]

When it comes to rewarding employees above and beyond base salaries, companies are prioritizing career development, more than other alternative rewards, benefits, and bonuses, according to new research.