Wearable devices like activity trackers have shown the potential to enhance employee participation in wellness programs, but getting the most out of a device requires more than simply asking employees to use it, a recent study found.

Yesterday we looked into how college degrees might be the new high school diploma when it comes to hiring. Today we’ll look at some basics of recruiting college students. 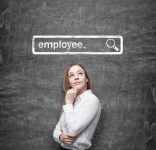 In yesterday’s Advisor, expert Tom Borgerding offered his take on building recruiting relationships on campus. Today we present a case study with three examples of what works, plus metrics for college recruiting.

All recruiting has changed dramatically, but the specialized area of college recruiting—so important to building pipelines of talent for the future—has probably changed the most.

If you’re looking for a new method of training your employees on chemical safety, you may want to tap into their fondness for YouTube videos and reality TV. A 3-DVD set of 31 safety videos produced by the U.S. Chemical Safety Board (CSB) is available free of charge at CSB’s website. CSB is charged with […]

A multi-year investigation by the United States Department of Labor into violations of wage and hour laws by New Jersey gas stations has found “consistent and widespread noncompliance,” according to agency officials. The investment action recovered more than $1 million in back wages for 295 workers. In an agency statement, DOL Secretary Hilda L. Solis […]

How hard can it be? I’m talking about BP’s apparent lack of ability to get out of its own way. Time and time again BP has been able to say or do exactly the wrong thing. Forget about what the oil company could or could not have done to avoid this whole tragic mess. Let’s […]

Signals that the U.S. Occupational Safety and Health Administration (OSHA) is ramping up enforcement became clearer with the levying of a record $87,430,000 proposed penalty against BP Products North America Inc. on October 30. The previous largest penalty, $21 million, was issued in 2005, also against BP, according to OSHA. OSHA levied the proposed penalty […]