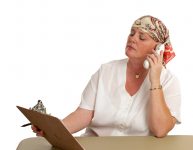 For fans of Southeastern Conference football (and, I mean, who isn’t, right?), the name “Eric Berry” is one you don’t easily forget. Berry made his presence known as a defensive back for the Tennessee Volunteers from 2007-2009. Even though he played only three seasons in college, he was twice named a Defensive All American by […]