A new U.S. Department of Transportation rule reduces the number of hours a truck driver can work within a week. The new final rule, announced by the Federal Motor Carrier Safety Administration a few days before Christmas, reflects new research in driver fatigue to make sure truck drivers can get the rest they need to […]

Over the Thanksgiving weekend, my youngest son pulled out his favorite holiday movie to get himself in the Christmas spirit. You see, my wife was planning a day of putting up the Christmas tree, stringing lights outside, and generally decorating our home for the holidays. You might say that not everyone in the family shares […] 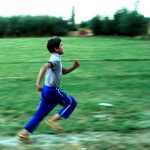 I’ve been thinking about self-discipline a lot lately. Maybe it’s because I’m carrying around an extra 20 — OK, 25 — pounds and wondering how I allowed myself to get to this point. Obviously, I haven’t been as disciplined with my eating and workout regimen as I need to be. But self-discipline is the key […]

NBC trotted out a repeat — St. Patrick’s Day — last night. My colleague, Jaclyn West, wrote an excellent piece focusing on work-life balance when the episode originally aired back in March. Jaclyn’s post made me think about potential wage-hour issues that arise when employers demand long work days. It’s no secret that wage-hour litigation is a […]

For the third year, the Wall Street Journal (WSJ) teamed up with Winning Workplaces to create its list of Top Small Workplaces for 2009. As the article notes, when faced with tough economic times, many employers try to cut just about everything that may be considered nonessential, including employee benefits, wellness plans, and other innovative […]

Resources for Humans managing editor Celeste Blackburn reviews Natalie Holder-Winfield’s book Recruiting and Retaining a Diverse Workforce: New Rules for a New Generation. In the foreword to Recruiting and Retaining a Diverse Workforce, Natalie Holder-Winfield reveals how she left a successful practice with a well-known law firm to join eight other women to create a […]

It’s time to post your Occupational Safety and Health Administration (OSHA) Form 300A, the summary of job-related injuries and illnesses that occurred last year. Unless you have 10 or fewer employees or fall within one of the industries normally excused from the Occupational Safety and Health Act’s (OSH Act) recordkeeping and posting requirements, you’re required […]

According to the U.S. Census Bureau, the first observance of Labor Day is believed to have been a parade of 10,000 workers on September 5, 1882, in New York City, organized by Peter J. McGuire, a Carpenters and Joiners Union secretary. By 1893, more than half the states were observing a “Labor Day” on one […]

The face of aging in the United States is changing dramatically and rapidly, according to a new report from the U.S. Census Bureau. Today’s older Americans are very different from their predecessors, living longer, having lower rates of disability, achieving higher levels of education and less often living in poverty. And the baby boomers, the […]