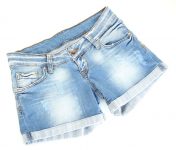 As the summer comes to end, so does the threat of provocative clothing in the workplace. Or does it? A South Dakota teen recently learned the hard way about dress codes.

In 2007, the Equal Employment Opportunity Commission (EEOC) sued on behalf of a class of female tractor-trailer drivers against a large interstate trucking firm. But judges in two federal courts have now virtually thrown the case out. What happened. CRST Van Expedited is the trucking firm, and one of its female trainees complained to EEOC […]

by Jane Pfeifle, Lynn, Jackson, Shultz & Lebrun, P.C. South Dakota voters overwhelmingly supported Republican candidates as they swept to victory in all of the state constitutional office races, including the governor’s race. On a national level, Blue Dog Democratic candidate Stephanie Herseth Sandlin lost her third-term bid for the state’s lone seat in the […]

It seems that the number of people with allergies or sensitivities to various scents and smells has grown substantially. Some of those allergies can be severe, causing severe respiratory difficulties and other serious health issues. Questions continue to arise about the often competing rights of allergic employees and coworkers who wish to be able to […]

Title VII of the Civil Rights Act of 1964 prohibits race discrimination. But is a minority employee the victim of discrimination or retaliation if a supervisor treats all direct reports “very badly” and “like a child”? What if the supervisor also steps up documentation on the employee after she complained that the supervisor is “racist”? […]