Faces of HR profiles one of your peers, asking them about their experiences, successes, challenges, current practices, aspirations, and opinions on topics impacting HR and the workforce.

Before Amy Hull, M. Ed., became the first Director and Head of Diversity, Equity, and Inclusion at Paycor Inc., she had a 17-year career in education as a teacher and administrator. Hull says her work is grounded in her upbringing as well as her professional experience. “I was raised by two Black parents 20 years […] 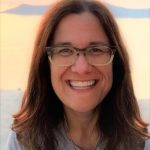 When we started “Faces of HR” back in August 2019, we envisioned it as a profile series in which we could chat with professionals who are on the front lines of human resource work. It was our goal to get many perspectives on the breadth and scope of what HR professionals are doing and learn […]

As a self-described people nerd, Gia Ganesh is passionate about unleashing people’s potentials. However, that wasn’t her focus at the start of her career. Like other HR professionals in the industry, Ganesh’s career did not start in human resources. She first made a career in tech as an engineer and eventually segued to the people […]

Before Kimberly Nerpouni got her start in the HR industry, she worked in the IT industry as an analyst. By 2001, she was working at Macromedia building and managing a 35-person IT and Engineering Support team. During this time, Nerpouni realized developing teams was her passion, not information technology. “I made the leap to human […]

Today, more HR managers and organizations understand the need for diversity and inclusion in the workplace, but we still have a way to go. We must be the change we want to see in the world. This starts with increasing your awareness, respecting one another, listening to one another, and focusing on the power of […]

With National Hispanic Heritage Month well underway, it’s a great time to shine a light on the achievements and contributions of Hispanic Americans who have inspired others to achieve success. The guest of this edition’s Faces of HR profile is an exceptional example of just that. For more than a decade, Janine Ting Jansen, Senior […]

At the start of her career, Janine Yancey was an employment lawyer, helping to support HR and people leaders. While she advised business leaders and managers on employee relations issues and helped them resolve employee conflict, she noticed the same patterns of behavior that led to culture bias, including harassment, exclusion, and unethical business practices. […] 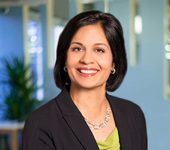 The past 18 months have put human resources leaders to the test in ways we’ve never imagined. Workplace culture quickly went out the window as millions of Americans began working from home. With a new work environment overnight, HR professionals’ biggest challenge has been keeping employees productive, motivated, and engaged. In a recent survey by […]

Before Amy Zimmerman entered the human resources field, she was a social worker. Although she was passionate about helping people, Amy also understood that supporting herself long term would be a challenge. Not long after, a friend who worked in the industry offered her the right opportunity at the right time. “I knew that I […]