It’s hard to talk HR at all today without talking HR Technology. From your ATS to your HRIS we’ve got all of your tech acronyms covered in this category.

An issue I’ve returned to again and again is the skills shortage. According to ManpowerGroup, 69% of U.S. employers are struggling to fill vacancies, particularly in skilled trades, IT, sales, and marketing. At the same time, we’ve seen workers in low-skill jobs displaced at distressingly high rates in the recent wave of COVID layoffs. Many […]

Although catapulted to new heights by COVID-19, remote work was on the rise even before the pandemic. In 2019, a Zapier report revealed that 95% of U.S. workers desired to work remotely and that 74% were even willing to quit their job in order to do so. At the time, reduced commuting costs, flexible locations, […]

Having a proper procedure for collecting electronically stored information (ESI) is one of the most essential aspects of the e-discovery process. Unfortunately, it’s often overlooked and done improperly. This can lead to many issues and complications during the e-discovery process and can result in mortifying court sanctions. With the tightening of data protection laws and […] 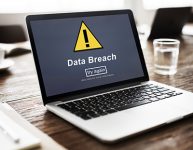 It’s not a matter of who will be affected by a data breach but when. The COVID-19 pandemic has awakened a Pandora’s box of data predators. For a company, the breaches can be costly, both financially and in other ways, including the devastating toll they can take on your reputation. Many breaches occur because of […] 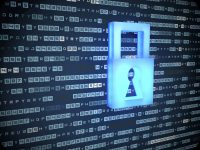 Though remote work started as a disaster response, businesses and employees alike have since noted the benefits that can come from working at home, including improved worker satisfaction, increased productivity, reduced commute times, and lower overheads. However, it’s important to acknowledge that alongside all of its advantages, remote work also has some ongoing issues, not […]

According to our favorite science fiction films and novels, artificial intelligence (AI) will play a major role in contributing to our dystopian future, right? Well, I’m here to tell you there’s some serious misunderstanding here. In reality, AI has the potential, when done right and created ethically, to change how we work and collaborate for […]

I was recently talking to a college student who had joined an extremely popular multinational corporation. It was his first job after college, and naturally, he needed to be onboarded and trained. Like a lot of us, he was working from home, so he did not meet his supervisor or team in person. It was […]

After more than 12 months of staring at computer screens that look like the opening credits of The Brady Bunch, employees and their managers are becoming understandably weary of the online meeting experience. Recognizing this, many meeting planners are finding creative and engaging ways to make these meetings more meaningful and less fraught with anxiety. […]

While technology was already becoming more widely used during the recruitment process before the pandemic, since 2020, its use has been ramped up significantly. In 2021, those involved in talent acquisition and recruitment are turning more often to technology solutions like artificial intelligence (AI), video interviews, and Zoom interactions than ever before. That represents both […]

For Fortune 500 companies, hiring is a constant process. A recent report summary from the U.S. Bureau of Labor Statistics revealed nearly 50,000 new jobs have been added to the market since January, and 84% of recruiters are in the process of adapting their hiring processes to facilitate new job openings. Instead of using dated, […]