Diversity and inclusion (D&I) is an important and ongoing strategy of any HR plan. Ensuring that your company supports hiring, engaging, and retaining diverse workers with varied backgrounds will set your company up for long-term success and an increased bottom line. This topic offers the latest strategies for talent management, key insights from diversity leaders, case studies on D&I in the workplace, and more. 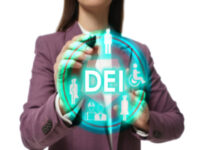 Diversity, equity, and inclusion efforts have gained remarkable traction in recent decades. In the final third of the 20th century, DEI was effectively dominated by and focused exclusively on affirmative action—the idea that employee racial and gender demographics should more or less match the population-level demographics. It didn’t necessarily matter whether women and people of […]

Although employers may be automatically liable for supervisors or administrative personnel harassing subordinate employees under certain federal laws, they may also be held liable if another employee (even one subordinate to the harassed employee) or a third-party such as a customer or vendor harasses an employee based on their race. What Will Courts Consider When […]

In a politically charged era where activism is considered noble, HR managers are confronting new challenges in the workplace in an attempt to find balance between the expression of disparate views while maintaining a productive and cohesive workforce.

It’s perhaps due to the traditionally unsung nature of human resources and DEI that so few of the diversity leaders we feature in our profiles had such roles in mind when they started their careers. Instead, they embarked upon careers in fields like marketing, sales, finance or operations and found their way to HR and […]

People don’t want to be told what to do; they want to be heard. In my experience as a clinician and an executive in people operations, the greatest opportunities for both personal and organizational change occur in a psychologically safe environment that invites engagement. Such safety is established in one-on-one conversations and by fostering company-wide […]

It’s hard to find a more controversial and polarizing topic than abortion. It not only is an extremely personal issue but also straddles the intersection of three subjects that are generally best avoided in the office: religion, politics, and sex. Supreme Court Decision Creates Controversy But in the wake of the U.S. Supreme Court’s decision […]

Conducting investigations of disputed workplace events is a routine responsibility for HR leaders. Faced with disputed facts, employers can make reasonable fact determinations based on a diligent probe and still obtain summary dismissal of a discrimination claim. A recent decision from the U.S. 6th Circuit Court of Appeals confirms how employers can best ensure the […]

In preparing for this piece, I set my sights on demystifying the term “equity,” as in diversity, equity, and inclusion, (DEI). I wanted to explore the part equity plays in creating a healthier workplace culture, which led me to this question: “What exactly is the difference between ‘equity’ and ‘equality’?”  I came across this situation […]

It has never been more important for HR teams to be capable of building and sustaining a diverse workforce. Companies with diverse employees aren’t just more innovative and high-performing than their peers; they’re also in a stronger position to attract and retain top talent. However, many organizations are still using traditional hiring methods that constrain […]

The Americans with Disabilities Act (ADA) and the ADA Amendments Act of 2008 (ADAAA) prohibit an employer from discriminating against an individual who is (1) disabled within the statutes’ meaning and (2) qualified to perform the essential job functions with or without a reasonable accommodation. Once an employee discloses the need for a reasonable accommodation, […]