It’s September, which happens to be my favorite month.  The leaves start changing, and we Midwesterners get to pull cardigans and boots out of storage in preparation for the inevitable chilly day that will hit within these next thirty days.  (Indeed, here in Chicago, we often get to experience a full year of seasons during […] 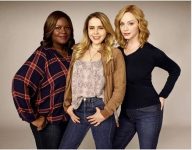 Bob Odenkirk, one of my favorite actors who stars as morally challenged criminal defense attorney Saul Goodman on Better Call Saul, was rushed to the hospital last week after suffering a heart attack on set. Odenkirk, who also stars in the epic John Wick-ish action flick Nobody (available to stream now!), is thankfully doing well […]

As previous pieces I have written for this blog demonstrate, I am a huge track and field fan, so much so that I listen to multiple track-related podcasts, watch meets on television whenever I can, and once got embarrassingly excited when I came across sprinter Mike Rodgers DJing in an Austin bar during the weekend […]

When the pandemic hit last year and turned the world upside down, I found myself searching for solace and a much-needed laugh in the form of my favorite show of all time, The Office. Apparently, I’m not alone. According to Nielsen, Americans streamed over 57 billion minutes of The Office on Netflix in 2020, far […]

I have two teenage sons, so I’ve watched all that the Marvel Cinematic Universe has to offer. (“Sure, blame it on the kids, dork.” “Shut up, Internal Monologue—this doesn’t concern you.”) This spring, Marvel rolled out its latest offering, The Falcon and the Winter Soldier, featuring Falcon (“Sam Wilson,” played by Anthony Mackie) and Bucky Barnes (formerly the […]

Tennis star Naomi Osaka is not the first high-profile professional athlete to put mental health front and center in the public realm, but considering the timing and today’s climate, she may become the most significant. 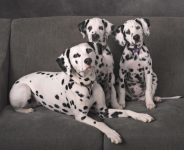 With the Memorial Day holiday weekend came the release of Disney’s next sure-to-be blockbuster movie, Cruella. Based on the classic animated film 101 Dalmatians, Cruella tells the story of Cruella de Vil, the evil puppy-stealing psychopath who uses the animals’ fur for her over-the-top, sartorial splendor. She’s deranged, she’s unapologetically wicked, and she’s the villain […]

Note: Includes spoilers for Amazon Prime’s The Expanse. I am an unabashed science fiction nerd. Growing up, I tended to gravitate toward television shows, movies, and books that took place in our own future as opposed to those that were set a long, long time ago in a galaxy far, far away.

The new Netflix documentary series My Love celebrates the heartwarming stories of six longtime couples across the globe. The first episode focuses on David and Ginger Isham, who have been happily married since 1959. It turns out that their love for each other is just as sweet as the maple syrup cultivated at their family […]