This year for Halloween, there was no trick-or-treating and no Halloween party. Instead, we opted for a movie night by campfire, complete with s’mores. We searched for a spooky (but not scary) movie appropriate for an 8-year-old. We ultimately settled on the animated version of The Addams Family. I knew we were in for laughs […]

On Sunday, October 11, 2020, the Los Angeles Lakers won their 17th NBA championship by defeating the Miami Heat in the 6th game of the NBA Finals. Because (for some reason) the Lakers count 5 titles won while the team played in Minneapolis, their humble fan base can now say that the Lake Show is […]

One silver lining of the pandemic is that I have had an opportunity to catch up on some of my favorite Pixar short films with my daughter—most recently, the SparkShorts film Purl.

“Contact tracing” is one of the many goodies 2020 has left in our stocking. Most of the folks reading this post are employment lawyers or Human Resources professionals, so you know what I’m talking about. If one of your employees tests positive for COVID-19, you don your deerstalker and go all Sherlock Holmes in the office to […]

Warning: The post below includes spoilers for HBO’s Lovecraft Country. 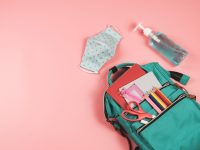 After a hiatus of several months, Hulu can finally live up to its slogan. It has live sports, and, well, finally, so do we. Beginning in late July and early August, major American sporting leagues began their return to action, including the MLB, NBA, NHL, and MLS. The NFL is in the midst of preparations […]

Any Real Housewives fans out there? I’m not ashamed to admit that I sometimes (with shocking frequency) set aside my Wall Street Journal and Brendon Burchard books on high-performance business habits to engage in a slightly less lofty use of my downtime. Although the ladies of Beverly Hills reign supreme in my book, the housewives […]

Traveling (far) down memory lane, my husband and I watched the original Willy Wonka and the Chocolate Factory (starring Gene Wilder) with my son for the first time. This movie is one of my absolute favorites. I found myself singing along and laughing (as if it were my first time) when Violet swelled into a […]

2020 seems to have decided to be the year that will live in infamy. COVID-19 hit the headlines early in the year and really swung into action in March. I strongly suspect everyone reading this post has had his or her life upset in one way or another by the virus.