Diversity and inclusion (D&I) is an important and ongoing strategy of any HR plan. Ensuring that your company supports hiring, engaging, and retaining diverse workers with varied backgrounds will set your company up for long-term success and an increased bottom line. This topic offers the latest strategies for talent management, key insights from diversity leaders, case studys on D&I in the workplace, and more.

One of the challenges organizations often cite with respect to hiring and promoting diverse talent is known as the “pipeline problem.” The argument is that it’s hard to bring diverse talent to top positions because there aren’t enough diverse employees coming into the company. 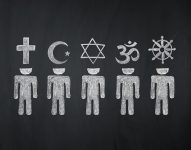 In many situations, the question of whether an employee’s request for a religious accommodation is tied to sincere religious beliefs isn’t at issue. Instead, you simply need to assess whether you can provide the accommodation without causing an undue hardship. When you do question whether the employee sincerely holds the beliefs—e.g., if she raises a […]

The Equal Employment Opportunity Commission (EEOC) recently announced the upcoming opening of four EEO data collections. The agency collects workplace data from public and private employers meeting certain thresholds annually but had previously delayed collection of the 2019 and 2020 data because of the pandemic.

Courts again recently thwarted the Trump administration’s efforts to change the H-1B rules and increase the wages U.S. employers are required to pay to foreign workers. Twice in December 2020, a federal court order in California and a preliminary injunction in New Jersey stalled abrupt rule changes that would have dramatically altered the H-1B program […]

Earlier this month, National Women’s Law Center reported that since February 2020, women have lost over 5.4 million net jobs and account for 55% of overall net job loss since the start of the COVID-19 pandemic. Women of color are bearing the brunt of these job losses, with 8.4% of black women and 9.1% of […]

The U.S. 10th Circuit Court of Appeals (whose rulings apply to all New Mexico employers) recently affirmed the dismissal of an employment discrimination lawsuit against a private corporation serving the Navajo Nation, finding it constituted an “Indian tribe” and was thus excluded from the legal obligations of Title VII of the Civil Rights Act of […]

Adrienne Lawson, EdD, is very new to her role at PRIDE Industries, but she comes to the position with decades of experience in diversity, inclusion, and learning.