Dan Oswald, CEO of Simplify Compliance, writes about management, leadership, and the workplace. Occasional guest articles are written by other leaders and C-Suite executives from BLR.

by Dan Oswald In just a handful of days, 2017 will be over. Another year in the books. I don’t know about you, but they seem to go faster as I get older. It’s like I’m speeding to a finish line that I don’t necessarily want to reach! But it’s like I say about birthdays, […]

by Dan Oswald I’ve said before on these pages that I don’t do a great job of celebrating our company’s successes. It seems that as we achieve a goal, I immediately look to the next opportunity or focus on a problem area that needs attention when I should be recognizing and congratulating everyone involved in […]

by Dan Oswald Time is a limited resource. No matter how hard you try, you can’t pack more hours into a day. There are 24 hours each and every day, and there is simply nothing you can do to change that. Time just rolls on. How often do you catch yourself wishing you had more […]

by Dan Oswald Typically, coming out of the Thanksgiving holiday weekend and staring Christmas squarely in the eye, I would be writing about taking the time to appreciate family and friends. It’s a time of gathering with those closest to you at holiday parties and meals. It’s a time of celebration and thanksgiving. Instead, today, […] 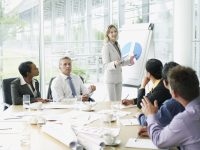 by Dan Oswald The Greek philosopher Heraclitus declared that “change is the only constant in life” 2,500 years ago, yet we still have an amazingly difficult time accepting it. Few people like change. Even fewer embrace it. Which makes leading change in an organization exceedingly difficult. The fear of change is really a fear of […]

Note from Dan Oswald: This week’s Oswald Letter was written by Scott Peek, the customer service supervisor at Simplify Compliance. I think he makes a great point and that his thoughts are worth sharing. by Scott Peek When interviewing, it’s important to remember that you’re being interviewed, too. We all know that when interviewing potential […] 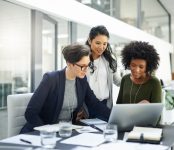 This week’s Oswald Letter is a guest post from Elizabeth Petersen, Simplify Compliance’s executive vice president of strategy and revenue. by Elizabeth Petersen At a conference earlier this year, I had the honor of moderating a lively, open, and engaging roundtable on women’s leadership. I opened the session by asking the participants whether they felt […]

by Dan Oswald If you’ve been around a while like I have, you might remember the 1980 Olympic “Miracle on Ice,” where the upstart American men’s ice hockey team defeated the heavily favored Soviet Union team. As the clock wound down to the final seconds of the game and it became apparent that the U.S. […]

by Dan Oswald I often repeat the old saying, “Find something you love to do, and you’ll never work a day in your life.” I believe in the spirit of that quote, if not its literal interpretation. That is, sometimes work feels like, well, work. Some days you’re not going to love what you do, […]