After nine movies in 16 years, the Fast and Furious franchise still seems to be alive and well. The parties to the following action agreed that any dispute regarding the movies, including sequels and remakes, would be resolved in arbitration. But does that agreement cover the recent movie starring longtime protagonists Hobbs and Shaw, which […] 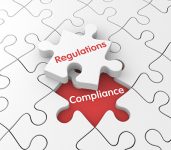 March 31 is the deadline employers must meet for submitting EEO-1 reports to the Joint Reporting Committee (JRC). The JRC represents the Equal Employment Opportunity Commission (EEOC) and the Office of Federal Contract Compliance Programs (OFCCP) for purposes of collecting employers’ EEO-1 reports.

by Stéphane Fillion and Romeo Aguilar Perez It is well established in Canada that any legal action whose essential character arises from a collective agreement falls under the exclusive jurisdiction of an arbitrator, not the courts. Clearly, that includes a dispute between a unionized employee and his or her employer. But what if a dispute […]

by Sophie Arseneault Canadian employment law does not recognize “at will” employment. An employer requires “just cause” to terminate someone without severance pay. Can you have a just cause termination for a 26-year employee with a previously clean employment record?

By Lorene Novakowski Following a Canada Industrial Relations Board (CIRB) ruling that an illegal strike had occurred against Canada Post on two dates in November 2010, the corporation sought damages from the union. The issue went before an arbitrator.

By Keri Bennett Employers everywhere often wonder when an employee’s “innocent” or no-fault absences reach a level that warrants termination. Can these employees ever be fired? Yes, is the answer from one New Brunswick labor arbitrator in Canadian Union of Public Employees, Local 1252 and Vitalité Health Network. Facts A nurse at a hospital in […]

By Hadiya Roderique Even in the “Northern Exposure” zones of Canada, employees commonly have access to the Internet at work. Many use the Internet for personal reasons during work time. Many employers are concerned about the loss of productivity resulting from excessive personal use of the Internet. A number of employers have attempted to characterize […]

By Lindsey Taylor As we have discussed in previous editions, mandatory retirement across Canada is becoming a relic of the past. And employers are beginning to face the ripple effects. One of those ripple effects is benefits entitlement: Can Canadian employees over 65 be excluded from benefits? The answer isn’t clear. As a handful of […]