Recent developments serve as a reminder for employers and HR professionals to be aware of the antitrust laws when dealing with certain employment issues. 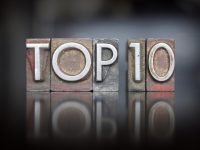 Lawmakers and courts continued to demonstrate hostility toward noncompete and no-hire agreements in 2021. The activity underscores employers’ need to stay current on the diverse state-specific limitations governing restrictive covenants, new federal activity in the area, and ongoing case law developments.

On Tuesday, the U.S. District Court for the Eastern District of Kentucky issued a preliminary injunction blocking enforcement of the federal contractor COVID-19 vaccine mandate in Kentucky, Ohio, and Tennessee.

The recent Executive Order from the White House focuses on modernizing how the government will assess federal job candidates moving forward. This is an unprecedented shift in government hiring, and now many agencies will be tasked with finding readily available, proven assessment solutions that agencies can implement in a reasonable time period. These assessments need to be […]

by Tammy Binford and Holly Jones The U.S. Supreme Court’s decision to allow a limited form of President Donald Trump’s “travel ban” to take effect means people from the affected countries who work for employers in the United States are probably exempt from the ban. But the decision doesn’t clear up all questions for those […]

On June 26, the last day of the current term, the U.S. Supreme Court agreed to determine whether the “travel ban” Executive Order’s (EO) focus on primarily Muslim countries violates the First Amendment to the U.S. Constitution and whether the EO exceeds President Donald Trump’s authority granted by the Immigration and Nationality Act (INA). The […]

On May 4, President Donald Trump signed an Executive Order (EO) that, unlike a draft version, leaves intact Obama-era LGBT nondiscrimination requirements for federal contractors. The EO, which one expert described as largely hortatory, addresses tax exemptions for religious organizations and the Affordable Care Act’s (ACA) contraceptive mandate. But it includes little affirmative movement, according […]

Yesterday we explored how the Office of Federal Contract Compliance Programs (OFCCP) has recently put an emphasis on hiring and pay discrimination claims. So far this year, that has not changed.

Three liberal advocacy groups have filed a lawsuit alleging that President Donald Trump’s 2-for-1 regulation mandate violates the U.S. Constitution and directs agencies to violate federal law. In a January 30 Executive Order, Trump instructed federal agencies to cut two regulations for every new one issued during the current fiscal year. He said the order […]