The National Labor Relations Board’s (NLRB) ruling that graduate student assistants at private colleges and universities are entitled to unionize is the latest Board action seen as a boon to union interests. In a 3-1 decision issued on August 23, the Board ruled that graduate assistants at Columbia University are employees as well as students […]

A June 10 ruling by the U.S. 5th Circuit Court of Appeals dealt a blow to employers hoping to escape the constraints of the National Labor Relations Board’s (NLRB) rule speeding up union representation elections. The Associated Builders and Contractors of Texas and the National Federation of Independent Business filed the challenge to what many […]

A new rule scheduled to take effect April 25 is seen as placing new limits on employer efforts to fight union organizing drives. The U.S. Department of Labor (DOL) has announced that it will publish its new “persuader rule” in the March 24 Federal Register. The DOL maintains that the new rule, which requires more […]

Just how the dismissal of the petition to unionize some Northwestern University football players will affect other representation issues before the National Labor Relations Board (NLRB) is uncertain, but one issue the Board didn’t touch is whether scholarship football players should be considered employees. The NLRB announced on August 17 that it had unanimously decided […]

In perhaps one of its boldest moves, on December 11, the National Labor Relations Board (NLRB) overturned existing precedent and held that employees have the right to use their employer’s e-mail system for Section 7 concerted activity, including union-organizing activities, during nonbusiness hours. The decision obviously affects employers’ policies on employee e-mail use. As background, the […]

More fast-food protests are planned for September 4, with the latest round including homecare workers and possible civil disobedience. Fast-food and other low-wage workers have been staging periodic strikes and demonstrations since 2012 in hopes of increasing their hourly wage. In addition to expanding the type of workers represented, planners of the new protests have […]

Despite two failed attempts to unionize the Volkswagen plant in Chattanooga, Tennessee, the United Auto Workers (UAW) on July 10 announced the creation of Local 42, a local that Chattanooga VW workers can join voluntarily. “We’ve had ongoing discussions with Volkswagen and have arrived at a consensus with the company,” Gary Casteel, the UAW’s secretary-treasurer, […] 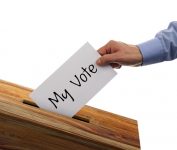 by Robert M. Vercruysse In February 2014, the National Labor Relations Board (NLRB) once again announced that it was going to change the rules for Board-conducted elections. This time, there is a properly appointed five-member NLRB. The Board’s previous attempt to change the election rules failed because the courts held that it didn’t have a […]

The National Labor Relations Board (NLRB) is inviting interested parties to submit briefs on the Northwestern University football case. Briefs must be submitted on or before June 26, 2014. At the request of the university, the NLRB agreed on April 24 to review the decision of a regional director finding that the university’s scholarship football […]