Back in March, a federal judge in Washington, D.C., set off a firestorm in the employer community when she reinstated the so-called EEO-1 Component 2 pay data reporting rule. The rule was implemented by the Equal Employment Opportunity Commission (EEOC) during the final year of the Obama administration, but just before it was to take effect in 2017, it was delayed indefinitely by the Trump administration. From the early reports about the judge’s ruling, you would have thought the sky was falling. 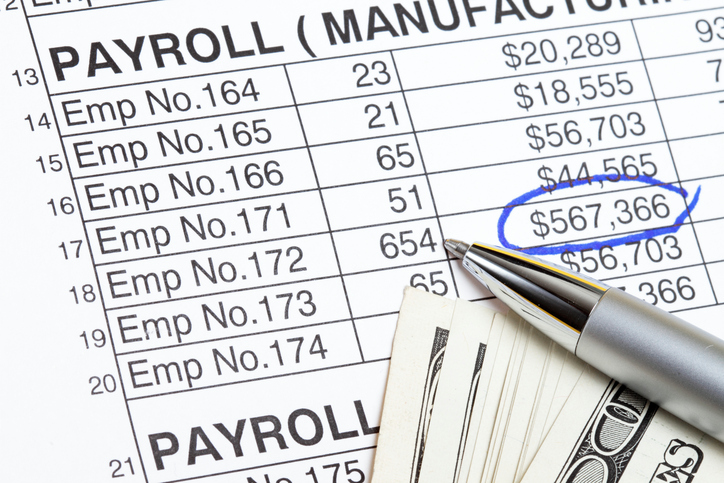 In a subsequent ruling in April, the same judge set a deadline of September 30, 2019, for covered employers to submit their EEO-1 Component 2 reports. Because the original rule authorized the collection of two years’ worth of pay data, she further ordered the EEOC to choose which two years to collect: 2017 and 2018, or 2018 and 2019. If the EEOC chose the former, both years would be due on September 30; but if the commission chose the latter, 2018 data would be due on September 30, and employers would have until March 31, 2020, the regular EEO-1 reporting date, to catch their breath and submit their 2019 pay data. Not an agency to make things easy on employers, the EEOC chose 2017 and 2018.

The same day the EEOC decided to double employers’ filing burden, the U.S. Department of Justice (DOJ) announced it would appeal the court ruling. However, the ruling remains in place pending the appeal, which likely will stretch well beyond the September 30 filing deadline. So buckle up, employers, or at least ready your HR departments: You’ve got a lot of work to do between now and September 30 if you expect to meet the deadline.

The EEO-1 report has been around for many years. All private-sector employers with 100 or more employees, and all federal contractors and subcontractors with 50 or more employees and at least one federal contract or subcontract worth at least $50,000, are required to file the annual report, in which they break down their workforce by race/ethnicity and gender in 10 job categories.

In 2016, it got a bit more complicated. That’s when the EEOC—then under the Obama administration—added pay data to the annual EEO-1 reporting requirement as part of its effort to call attention to and close the so-called pay gap between men and women. The term “pay gap,” as controversial as it is misunderstood, refers to the difference in average pay between all women and all men employed in all jobs. The statistic most labor economists have agreed on is that all working women combined, on average, earn 70 cents to every dollar earned by all working men combined. That isn’t to say that women in every job earn only 70% of what men earn in the same job; rather, it means the average pay of all working women combined is only 70% of the average pay of all working men combined.

There are lots of reasons that may explain the gender pay gap that have nothing to do with job discrimination, but the EEOC is convinced otherwise. Thus, in an effort to identify occupations and industries that might be contributing to the pay gap, the agency developed the EEO-1 Component 2 pay data report. (Component 1 is the same old EEO-1 report you’ve always filed.) The pay data collection form was then submitted to and approved by the Office of Management and Budget (OMB), which by law has to approve all mandatory data collection forms as “reasonable,” and the rule was set to go into effect, with the first reports due on March 31, 2018.

Most observers expected the rule to be rescinded after the 2016 presidential election, and the new administration vowed to do so, but there was one stumbling block. After the transition to the Trump administration, the EEOC no longer had a quorum. It takes three commissioners for a quorum, and the EEOC was operating with only two—one Democrat and one Republican—and no chair. Without a quorum, the agency was powerless to rescind the rule. So in stepped the OMB. The agency that had previously approved the new pay data collection form indefinitely suspended the EEOC’s use of the form “pending further study.”

The OMB’s action effectively killed the pay data collection rule—or so it seemed, before the National Women’s Law Center filed the lawsuit that resulted in the court’s reinstatement of the rule. Essentially, the court determined it was unlawful for one government agency (in this case, the OMB) to overturn the action of another (in this case, the EEOC).

When President Donald Trump finally appointed a new EEOC chair to give the agency back its quorum and a Republican majority, there was some hope that the commission, rearmed with the necessary quorum, might rescind the rule itself. However, based on the new chair’s comments during her confirmation hearings in May, that now appears unlikely. Indeed, just after she was confirmed, the EEOC announced that its pay data collection portal would become operational and begin accepting EEO-1 Component 2 filings on July 15. The EEOC also announced that a “fully staffed help desk” would go online June 17 to answer EEO-1 filers’ questions via both telephone and e-mail.

So What’s on the Component 2 Form?

To put things in perspective, there are 140 data fields on the traditional EEO-1 report form, now known as Component 1 (14 race/gender boxes for each of the 10 EEO-1 job categories). Component 2 will require you to report aggregate prior-year W-2 compensation and hours worked in 12 pay bands for the number of employees reported in each of the Component 1 data fields. The 12 pay bands are as follows:

Employees with W-2 income of:

‘Flaws’ in the Ointment

The pay data you will report on the EEO-1 Component 2 form will come from Box 1 of your W-2 reports for 2017 and 2018. Right there, you can see one of the many flaws in the data to be reported. Box 1 W-2 income is not total pay. For one thing, it doesn’t include the amounts employees contribute to their 401(k)s. Thus, if a male employee and a female employee in the same EEO-1 job category earn the same salary, but the female employee contributes more to her 401(k) (thus lowering her Box 1 W-2 income), it will appear she is earning less money than the male employee. The reverse also can happen. How reliable can that be as a measure of pay differentials?

Another obvious flaw is in the hours to be reported. For nonexempt workers, it’s simple enough: You will report their actual hours worked, but that won’t include benefits hours like sick time and vacation, which will be included in the W-2 income you report. For exempt employees, the problem with data reliability gets worse. If you don’t keep records of their actual hours worked (who does?), you’ll have two options, and only two: 40 hours for each week of employment during the 12-month EEO-1 reporting period for full-time employees, and 20 hours for each week of employment for part-time workers. Thus, while benefits hours won’t be included for nonexempt employees, they will be reported for exempt workers.

Still another flaw is that there’s no allowance for exempt part-time employees who work more or less than 20 hours a week. Your choice by default will be 20 hours a week regardless of the schedule part-timers work, which is bound to skew the analysis when you factor in their salaries, which are necessarily influenced by their schedule and the amount of time they work.

Those and many other flaws in the report methodology call into serious question just how useful, if at all, the EEO-1 Component 2 reports will be in assessing the pay gap and coming to any conclusions about how to address it. In the meantime, the question is, what now?

The court’s ruling reinstating the pay data reporting requirement leaves employers to face a tedious process of compiling a literal mountain of data that will be needed to file their EEO-1 Component 2 reports in September. For some employers—indeed, perhaps many—the process will prove beyond their capabilities. Surveys taken since the court ruling suggest that as many as 75% of all covered employers are skeptical of their ability to meet the September 30 deadline. Nevertheless, if you have the resources to do so, especially if you are a federal contractor or subcontractor facing greater scrutiny, the wiser choice seems to be to begin preparations, if you haven’t already, to file the report by the September 30 deadline. That, of course, is easier said than done.

While more complications are sure to surface as employers work through the process of gathering the data necessary for compliance, one huge obstacle likely to be encountered from the start is how to pull together the different types of data from multiple systems and sources and marry it into a single report. Your best starting point may be simply to identify the sources and systems where you store and maintain your EEO-1 Component 2 data: race/ethnicity and gender data, W-2 data, and hours worked. Then you’ll have to develop a system for slotting your pay and hours data into the 10 EEO-1 job categories by race/ethnicity and gender, divvy it up between the 12 pay bands, and, finally, aggregate the total pay and hours worked for all employees reported in each field on the form. A daunting task, to be sure.

The report reliability issues discussed above, coupled with the Trump administration’s desire to can the pay data reporting rule altogether, have led to some interesting speculation about what the EEOC might do once it receives the pay and hours data, and whether the reporting requirement will be extended. One hopeful theory making the rounds is that the agency will announce it’s satisfied with the data collected but needs more time to study the numbers and the report form. Then it will shut down the portal, and that will be the end of the EEO-1 Component 2 report, at least in its current form.

Employers that find the task of compliance too daunting may take heart in such speculation and choose to wait and see whether the EEOC ultimately rescinds or shelves the rule, risking noncompliance in the meantime. Because there’s no fine or penalty for not filing an EEO-1 report or for filing it late, that may seem like a good bet for some. That’s why we say the sky is not falling.

Mark Adams, Editor of Louisiana Employment Law Letter, is a Senior Partner in Jones Walker‘s labor relations and employment practice. He can be reached at madams@joneswalker.com.

Maggie Spell is a Partner at Jones Walker LLP in New Orleans, Louisiana. She is also Editor at the Louisiana Employment Law Letter and can be reached at mspell@joneswalker.com.