We therefore thought it would be a good time to re-run this 2018 article providing what employer should do in the event that U.S. Immigration and Customs Enforcement (or ICE as it’s commonly known) shows up at an undocumented immigrant’s place of employment. 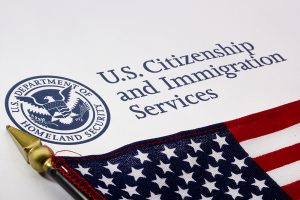 The Raid and Specific Requests

A visit from ICE is stressful for most businesses. Even if an organization is fully compliant with immigration requirements, knows the “do’s and don’ts” when it comes to completing I-9 forms, and understands the difference between an administrative and a judicial warrant, it’s still the big, scary, and very official-looking ICE that’s at your door. It’s important for employers to know that, despite what many may think, immigration agents cannot arrest and throw you in jail if you don’t answer their questions on demand and do exactly what they say.

Immigration agents may go to a workplace to stage a raid, detain specific people, or conduct a Form I-9 audit. ICE doesn’t always ring the bell before entering. Agents can enter the business’ public areas, such as a lobby, without the employer’s official permission. Still, they don’t have the authority to stop, question, or arrest just anyone simply because they are in a public area.

For access to the company’s private areas, ICE needs either the employer’s permission or a judicial warrant. The latter is a court order signed by a judge. This isn’t the same thing as an administrative warrant, and you shouldn’t be tricked into providing access based on that type of warrant. An administrative warrant usually says “Department of Homeland Security” and does not give ICE the right to enter the business’ private areas without your consent.

So, don’t get confused or be tricked: Employers do not have to allow ICE to enter any private area without a judicial warrant, even if the ICE agents act like they have the authority to go wherever they want. Even with a judicial warrant, the agency may enter and search only the areas specifically identified in the warrant. If agents come to your door with a warrant, check to see what type of warrant it is. If it’s a judicial warrant, check where the search has been authorized before allowing them to enter your building.

Before people in your company speak to an ICE agent, they should know their rights. HR personnel, the company president, and any other employee can ask to speak to a specific attorney before talking with immigration authorities or answering questions from the agent (or they can ask for a list of pro bono lawyers). In fact, all can simply remain silent if they want. No one must state where they were born or whether they’re in the United States legally. Employees also don’t have to sign anything.

Additionally, no one is required to stand in a group according to country of origin, which is a common request from an ICE investigator. If an employee is asked to join a group, he or she can simply walk to an area where no one else is standing. Employees don’t have to show identification or other papers. If the agents arrest anyone, ask where the individual is being taken so the employee’s lawyer and family can locate the worker.

ICE’s enforcement actions also can include extensive I-9 audits. As a result, employers should be proactive and conduct their own audit to ensure that their I-9 practices are compliant. While it doesn’t insulate companies from penalties for violations, an internal audit that identifies problems can provide guidance to the employer and in some cases give you the opportunity to self-correct the error before the agency arrives.

Regardless of whether your business has conducted an internal I-9 audit, here are a few things you should know if ICE shows up to conduct one of its own:

During the ICE visit, make sure someone in management is writing down the names of any agents present and what happened. After the visit, fill in any blanks in the notes and contact an immigration attorney for guidance on next steps. If immigration agents acted inappropriately, ask witnesses to provide written statements. And, of course, if ICE identifies any violations, you should correct them immediately.