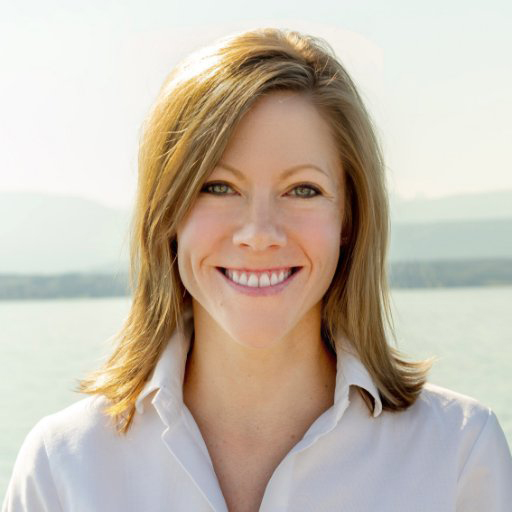 Here to discuss these findings is expert Tanya Jansen, Cofounder at beqom.

HR Daily Advisor: Objectively speaking, the numbers we just introduced are pretty abysmal. Can you speak to where the hope rests?

Jansen: While it may seem quite discouraging that there is still such a gender disparity in the Global Fortune 500 and the U.S. Fortune 500, the hope rests in a few places.

First, this year, 33 women are leading the top 500 companies in America. While it may sound like a small number, which it is, it is still the largest representation of women on this list that we’ve ever seen. When you compare with nearly 25 years ago, when there were zero female CEOs on that list, it points to the fact that although we may not feel it on a macro level, we are still making strides in gender equality.

Second, we’re seeing true change in leadership. We conducted a survey earlier this summer that found that 46% of employees at enterprise companies (those with more than 250 employees) in the United States and United Kingdom said their company has put more women in leadership roles in the last 12–18 months. This number provides us with hope for the future of female leadership.

Third, on both a U.S. state level and a multinational level, we’re seeing changes in legislation that benefit women in the workplace and push us in the direction of closing the gender pay gap. For example, in the United States, 18 states have laws prohibiting employers from requesting salary history information from job applicants. These regulations challenge pay discrimination based on factors from gender to age to race. On a global level, we’ve seen countries such as the United Kingdom, Canada, Iceland, France, and Germany implement laws to fight gender pay discrimination, and we’ve seen those laws work. In fact, in the United Kingdom, where gender pay gap reporting legislation came into force in 2017, 33% of workers believe the gender pay gap has decreased at their company in the last 12–18 months (compared with 14% in the United States).

HR Daily Advisor: What kind of impact are the female CEOs of these companies making on gender equality, pay equality, and transparency?

Jansen: CEOs can set the example for the company when it comes to pay disparity. Although they may not be directly involved in the HR processes on a daily basis, they do help define how the company runs and how compensation is communicated to employees. A CEO can set the tone for a more transparent workplace by, for example, publicly revealing his or her own salary or by providing dynamic total rewards dashboards that show employees their true value to the company.

CEOs also have the ability to push through new policies and technologies that provide employees with insight to assure them they are being paid fairly. For example, benchmarking salaries against industry standards or against plans for company growth can show employees their value.

Finally, CEOs can be a voice for change—particularly those in the Global Fortune 500 and the Fortune 500 whose companies have influence around the world. They can help lobby for change in their own companies, as well as in legislation and across their industries.

HR Daily Advisor: Even though they are severely underrepresented, to what degree can these women drive change?

Jansen: Female executives can set an example for other aspiring leaders, as well as current male leaders, to create change. It has been proven that employees, particularly Millennial and Generation Z employees, want more compensation transparency from their employers, and they’re willing to create that transparency for themselves when it’s not readily available. In fact, almost two-thirds (63%) of the enterprise employees we polled said they would be more willing to work at a company that discloses its gender pay gap figures each year, which jumps to 70% among Gen Z workers. Female (and male) leaders look at these actions from employees as a reason to create more transparency within the organization, which will, in time, create pay equity.

The push for gender pay equality must begin at the top. Executives, along with HR teams, can take actions to uncover pay gaps that may exist within their companies and implement processes and technology that eliminate unconscious bias.

Comparing only men versus women could create the wrong idea about the realities of pay equity. It is more accurate and more important to compare peer groups with similar attributes. That means analyzing compensation across not just age, tenure, and gender but also skill sets and job performance. And although salary is important, analyzing only base salary rather than looking at the value of the total rewards package can hide pay inequities. For example, it may be possible that employees of similar role, experience, and performance are being paid fairly in salary, but bonuses or noncash rewards are not being distributed equally. It’s only by uncovering where true pay gaps exist that CEOs and other top executives can solve for them.

HR Daily Advisor: What are your thoughts on total pay transparency? Why do people struggle to adopt these practices?

Jansen: Total pay transparency can help increase trust and satisfaction among employees. As we previously discussed, employees are going to create their own versions of pay transparency if the company does not provide it. This can leave room for rumors and hearsay on salaries that lead to animosity among employees or with the company. When employees perceive a pay gap, regardless of whether their perceptions are correct, it has a direct, negative effect on employee retention, resulting in a 16% decrease in intent to stay, which is twice as negative as the typical impact of a pay freeze. Creating a culture of open and honest total pay transparency can not only improve employee retention but also help eliminate the gender pay gap.

This is a difficult model for many companies to adopt because it often means admitting that the company does have a gender pay gap, and some may be hesitant to talk to employees because their pay equity actions have failed or haven’t produced significant improvements.

This kind of change doesn’t happen overnight, but the more companies commit to closing the gender pay gap, the sooner we as a society will begin to view people more equally, too.

Jansen: Every employee, from the C-suite to entry level, should be compensated fairly based on performance, experience, certifications, and achievements. The leader of the company sets the tone for gender equality throughout the organization, so it is critical that CEOs and executives take a hard look at their own salaries and the salaries of others in the C-suite to ensure all parties are being paid fairly. But as we saw at the beginning of this conversation with female CEO representation, the first step in leadership gender equality is having representation among leadership that reflects all genders.

For women to have pay equity, there need to be enough women in the leadership pipeline, and that takes organizational gender equality. Fairness starts in recruiting: where you find candidates, how your positions are presented, questions you ask, who is involved, how you evaluate, and so on. It extends to the offer process and whether you are basing salaries on the candidate’s past earnings or on fair pay for the job at hand. It continues through promotions. Promote the person who has the right skill set and attributes—but make sure you’re looking for the right skills. Widen the net for promotions. Consider the top 10% of talent across every diversity dimension. Finally, create targeted development plans to ensure diverse talent is receiving equal development opportunities.

HR Daily Advisor: Anything else you would like to add on this topic?

Jansen: Because pay equity perceptions have such a strong influence on retention and employee morale, it’s incumbent upon organizations to be more transparent and communicative with employees about their pay gaps and what they are doing to close them.

If you’re ready and committed to tackle pay equity, it has to be a shared conscious decision across HR and leadership. There will be a cost involved to course correct, but the time to correct is now. According to CEB research, role-to-role gaps are growing. The pay gap that remains unexplained (i.e., attributed to no other factor than gender) is 7.4%, which is a full percentage point higher than it was 10 years ago and a predicted 2.5% lower than it will be 10 years from now. That means that for a typical large company, the cost to address pay equity is growing by hundreds of thousands of dollars per year.

You will never be “done” with pay equity. You will continually need to track and analyze your compensation data, conduct regular pay audits, and communicate results. But as both costs to fix and expectations of employees grow, the time to take action is now.