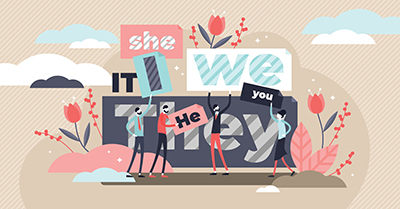 The EEOC has said yes, it does. “Federal law on the subject arises out of agency and court interpretations of Title VII of the Civil Rights Act of 1964, which expressly prohibits workplace discrimination on the basis of race, color, religion, sex and national origin. According to information provided by Jeanne Goldberg, a senior attorney advisor with the Equal Employment Opportunity Commission (EEOC), Title VII’s prohibition against sex discrimination also bans any employment discrimination based on gender identity or sexual orientation.”

But this interpretation has been legally challenged, both in appeals courts and by former U.S. Attorney General Jeff Sessions, who issued a memo in 2017 to that effect.

As such, the issue is not settled, and the Supreme Court will be hearing a case to address the issue.

Discrimination Based on Gender Identity

At the state and local level, there are already clear laws in place that prohibit discrimination against transgender individuals, regardless of the interpretation of Title VII at the federal level.

Here are some examples of ways employers can train teams to reduce discrimination against transgender individuals:

While we wait to see what the Supreme Court decides, what other items would you add to this list? How do you train your team on avoiding discriminatory practices as they relate to gender identity?