New England Patriots signal caller Tom Brady is arguably the best quarterback of all time. Many have referred to him as the GOAT: greatest of all time. That is because of his many Super Bowl victories, the records he has broken, and the fact he has been at the top of his game for 20 years. But many commentators have started to speculate that, at age 42, he may have played his last season in Foxboro. 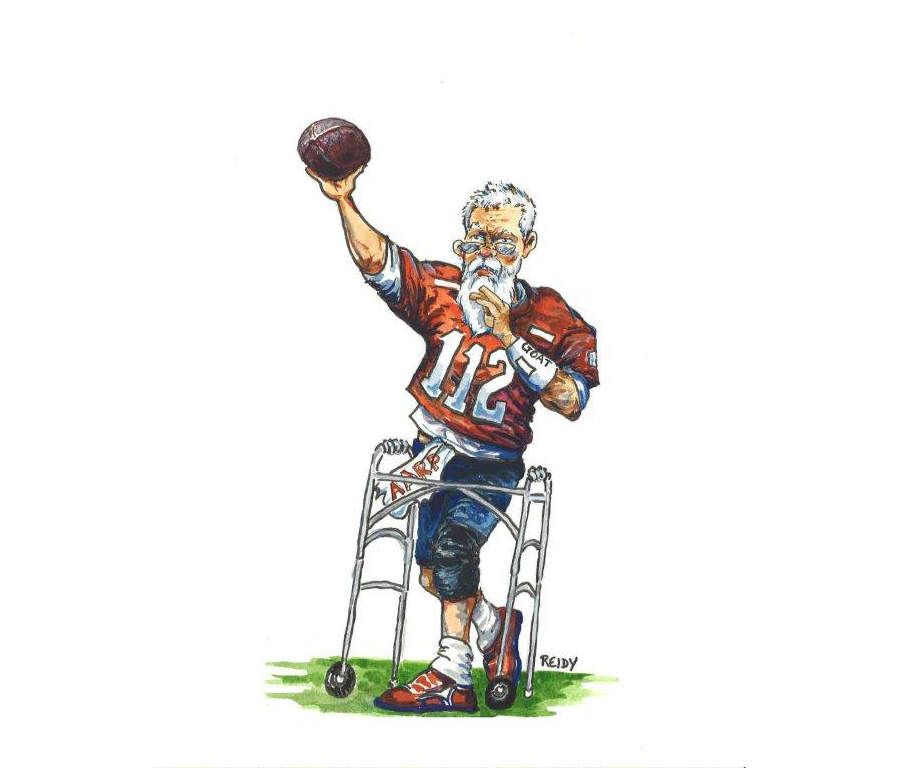 In the twilight of his career, he may retire or move on to another team for a year or two. Even if he stays with the Patriots, all agree it may be time to look for a younger replacement to succeed him sooner or later.

Employers across the country have similar discussions every day as they wrestle with succession issues in their organizations. If the Patriots unceremoniously were to push Tom Terrific aside for a younger player, they would risk a disgruntled fan base as well as unfavorable tweets from a certain supermodel. Similarly, employers risk age discrimination claims if they dismiss older workers for the wrong reasons.

‘You’re Too Old, You’re Washed Up’

The Age Discrimination in Employment Act (ADEA) prohibits discrimination in any aspect of employment, including hiring, firing, pay, job assignments, promotions, layoffs, training, and benefits. It’s unlawful under the ADEA to harass a person because of his age. Employees over age 40 are protected by the statute. Apart from his youthful appearance, Brady has been in that protected class for a few years now.

Harassment can include offensive or derogatory remarks about a person’s age. Although the law doesn’t prohibit simple teasing, offhand comments, or isolated incidents that aren’t very serious, harassment is illegal when it is so frequent or severe that it (1) creates a hostile work environment interfering with people’s ability to perform their jobs or (2) results in an adverse employment decision (such as the victim being passed over, demoted, or fired). The harasser can be the victim’s supervisor, a manager in another area, a coworker, or someone who isn’t an employee of the employer, such as a client, customer, or vendor.

While a certain Patriots wide receiver has been known to scream “You’re too old! You’re washed up!” at Brady, he reportedly did so to motivate the quarterback to prove his naysayers wrong. In other words, those comments wouldn’t constitute age discrimination. If they were made in another workplace, however, the victim might have a viable age claim.

Under the ADEA, employment policies or practices that apply to all applicants and employees, regardless of age, can be illegal if they have a negative impact on the individuals, unless they’re based on a reasonable factor other than age. Likewise, an age claim can be successful if the employee’s age is the reason for the employer’s decision not to hire, advance, or compensate or to fire the individual. Similarly, with certain noted exceptions, mandatory or forced retirements can result in age claims.

Pros and Cons of Keeping Your Older QBs

So how does Brady’s current situation offer a cautionary tale for employers who are considering replacing older workers, perhaps because of their age or high pay rate or because of a perception that their skills have diminished and they can’t keep up with younger workers? Simple. Critics note:

But what’s the caution? That, too, is simple:

There are lots of legitimate reasons to release an NFL player. Casting Brady aside because the organization doesn’t want to pay him at his age wouldn’t be the basis for a lawsuit unless his age and inaccurate perceptions about his skills were the sole reasons he was released.

Likewise, discharging older, skilled workers because of their age or salary or because the employer perceives they can’t keep up with technology (or wants to present a more youthful image) could result in a damaging age claim for the organization.

In addition to potential damages for lost wages and benefits, a successful age claim could require an employer to pay compensatory damages (mental suffering) and attorneys’ fees. The claim also could (1) have a chilling effect on the morale of coworkers young and old (like teammates), (2) hurt recruitment efforts and lateral hiring (like draft picks or free-agent signings), and (3) leave a negative impression with customers, clients, and donors (like loyal fans).

By the way, the NFL isn’t immune to discrimination lawsuits. Nine former security guards sued the league claiming they were released because of their ages. And two older workers sued the San Francisco 49ers alleging their jobs were eliminated as a pretext (or cover-up) for the club’s intent to hire younger, hip employees.

Tom Brady will eventually hang up his cleats to focus on family and his other business interests (and get fitted for his Hall of Fame jacket). That may come sooner than later if his skills have truly diminished to the point where he can no longer be a useful contributor to the team (or in his words, “When I suck!”). Likewise, in every organization there are reasonable and legitimate reasons to replace employees at any age, but age just can’t be the motivating factor.

Next spring Brady will be 43 years old. While that may seem old for pro sports, it’s truly remarkable he has played at the highest level for so long. That has real value. In the same way, you should always consider employees’ longevity, skills, knowledge, and contributions over their chronological age.

Investing in individuals, focusing on culture and loyalty as a two-way street, zeroing in on skills instead of age, and valuing commitment are the keys to a firm foundation in any organization, perhaps leading to your next business dynasty.

Jim Reidy is a shareholder at Sheehan Phinney Bass & Green PA in Manchester, New Hampshire, where he is the chair of the law firm’s labor and employment practice group. You can reach him at jreidy@sheehan.com.