This year marks the 40th anniversary of Mattel’s very first black Barbie®, which debuted in 1980 and was designed by fashion pioneer Kitty Black Perkins, a native of Spartanburg, South Carolina. Perkins’ hard work and determination made her not only an icon of the fashion world and Mattel’s first African-American designer but also a champion for diversity and inclusion in the workplace and beyond. 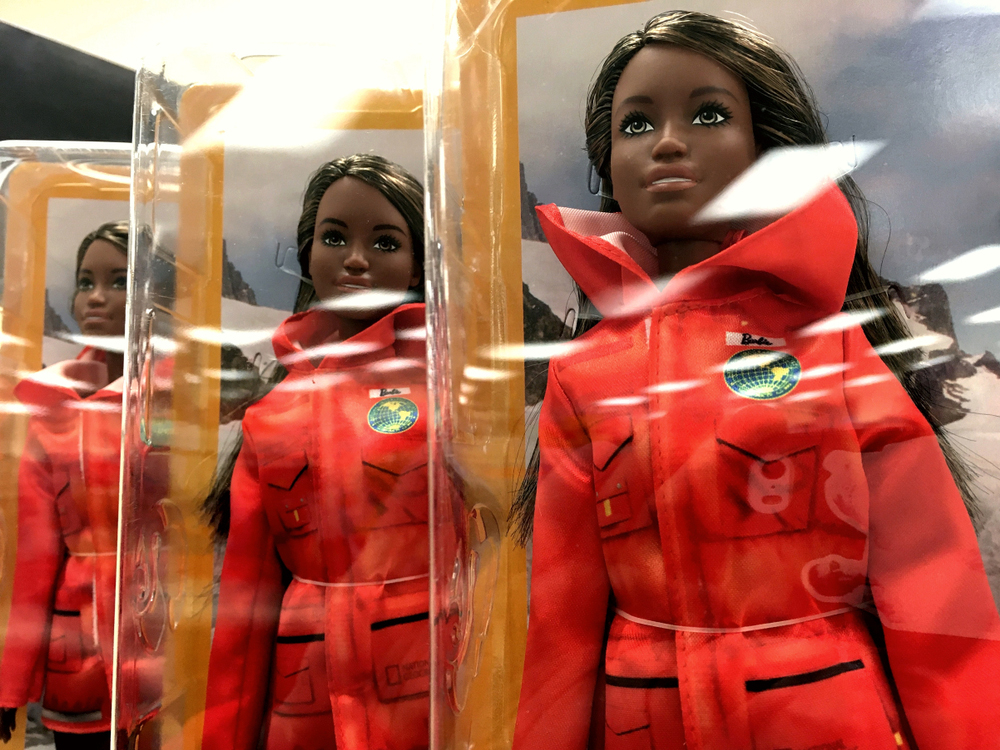 From her modest beginnings in the racially segregated South, Perkins went on to serve as the chief designer of fashion and doll concepts for Barbie and to be inducted into the Black Hall of Fame.

Honoring Perkins’ original concept, Mattel has released a 40th Anniversary First Black Barbie Doll with an updated design. While the Barbie line had featured African-American dolls dating back to the 1960s, Perkins’ design was the first doll of color to bear the Barbie name rather than that of one of Barbie’s friends.

Growing up in Spartanburg, Perkins played with dolls gifted to her by her mother’s (a housekeeper) clients but could not afford to buy her own Barbie. After graduating from Carver High School (which merged with Spartanburg High School in 1970 with desegregation), where she excelled in art, a trip to California to visit family ended up being a springboard to her future success.

Deciding to stay in California to attend college, Perkins’ keen eye for design led to early recognition for her work. In 1976, Perkins responded to a blind newspaper ad for a clothes designer, which turned out to be Mattel.

To prepare for her interview, Perkins bought her very first Barbie doll and quickly got to work designing. After being hired as Mattel’s first African-American designer, Perkins went on to oversee the entire Barbie line for 25 years, twice receiving the company’s highest honor, as well as the doll industry’s highest honor, the Doll of the Year award.

Perkins’ many contributions represent the value of inclusion and diversity efforts. Not only was she responsible for approximately one-fifth of the designs for Barbie, she also provided other designers of color with opportunities to break into the industry. That inclusion contributed to the diversity of thought necessary for Black Barbie to succeed, along with subsequent doll lines inspiring children by challenging traditional beauty standards and gender stereotypes.

According to a recent interview regarding her original black Barbie design, Perkins explained, “When I designed it, I wanted her to be the complete opposite of the traditional blonde Barbie, in that I wanted her to have different skin tones, and short, natural textured black hair instead of Barbie’s long, blonde locks. . . . I wanted her to reflect what black culture was, and what was familiar to our black collectors and children that played with Barbie dolls.”

After the doll’s release, Perkins visited the toy stores and was gratified to see young girls’ delight in finding a doll that looked like them. As Perkins stated in the interview, “I feel that was an influence on how we do black Barbie dolls now, and how we’re now making Barbie dolls that have different sizes and shapes and it’s not all just one figure.”

This Spartanburg blogger (with my own collection of Barbie dolls lovingly stashed away somewhere in my mother’s attic) would like to take a moment to honor Perkins’ contributions and her remarkable journey.

*Editorial note: The Barbie image included with this article is not the 40th Anniversary First Black Barbie Doll, click here to see what she looks like.