The COVID-19 situation has left us all scrambling to maintain our professional lives as much as possible. We’re coming up with alternate work situations: social distancing when we must be at work, working from home when we can, and stretching our resources and creativity when we must. 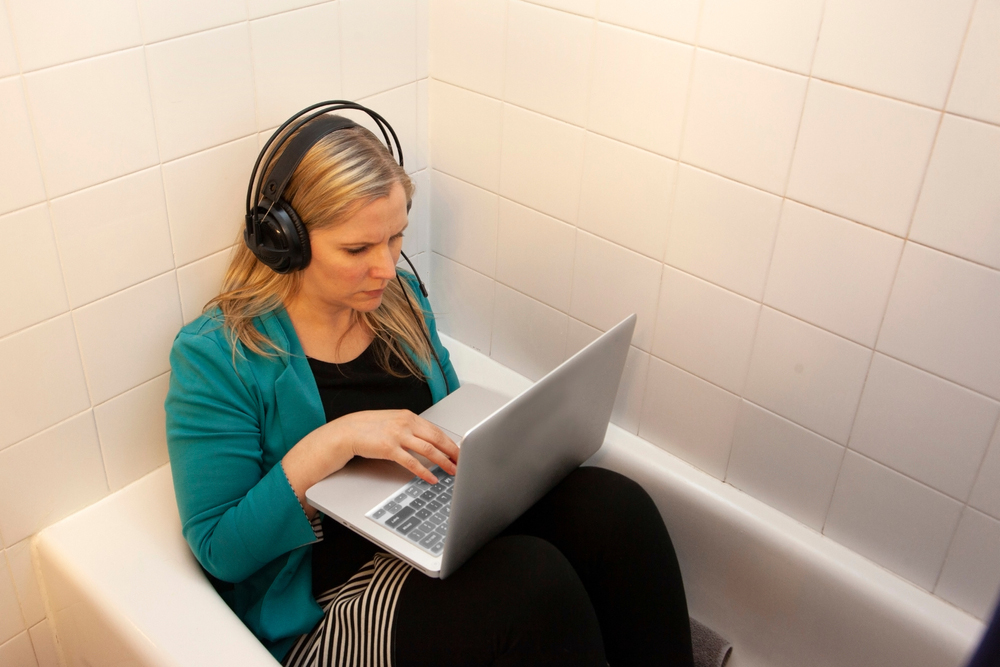 The results have been predictably mixed. Some judges have had to remind counsel that appearances by videoconference still leave you visible to the court. (I was aware of this and can’t imagine how someone might miss that little fact of life.)

Apparently, more than one attorney has appeared sans shirt, and one judge commented that one attorney had clearly joined from the comfort of her bed, still safely tucked under the covers. I’m sure other professions have had the same challenges, with people unwittingly appearing on camera in various states of undress.

Mistakes like these have gone viral on the Internet. A quick Google search for “video conference fail” yields about 224,000,000 results. Who could forget the viral sensation from 2017, when Professor Robert Kelly was in the middle of an interview with BBC News and his two children barged in? Kelly can be seen trying to shoo the children away while his wife races in to corral the children back out. While viral videos are a different topic for a different day, it’s clear videoconferencing gaffes are nothing new.

So, in honor of our new conditions, let’s wind the tape back to some of the entertainment world’s best work-from-home (WFH) or alternative-work-situation episodes:

We’ll start with Frasier, one of my personal favorites. Frasier’s brother, Niles Crane, had to move his psychiatric practice to his home temporarily.

His patient is delighted with Niles’s symphonic answering machine greeting, declares that Niles’s having an English wife is “weird,” and basically hijacks the full session. Eventually, Niles just suggests that the next session be at the patient’s house.

Of course, we can’t neglect The Office. Jim attempts an ingenious prank to convince Dwight (now in the odd position as both the company’s top salesman and its landlord) that the building is unsafe.

Jim’s prank boomerangs: Instead of a day off, the team gets a day of labor in a rented bus. The hijinks continue until a petulant Dwight plants himself atop the bus and refuses to drive any farther.

Silicon Valley is, in many ways, a six-season cautionary tale about the perils of working from home. Pied Piper is launched at a home incubator (the “Hacker Hostel”) and daily flaunts local zoning codes prohibiting home businesses in Palo Alto.

The team works in a 24/7 petri dish of makeshift benches, new and old employees are sprawled across couches, and they try in vain to separate some of their personal lives from their work lives. It completely fails time and again, and eventually, the team learns that their own business development guy, Jared, was living full time on a cot in the garage—he was at the house so often and so long that no one noticed he never left.

What are your favorite WFH examples? What fails have you experienced? Share in the comments.