Employment law articles for U.S. companies with employees in Canada. Written by the attorneys at Fasken Martineau law firm. 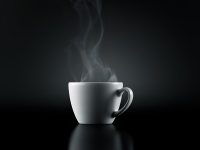 Two Canadian provinces are in the process of introducing massive increases in their respective minimum wages, and it’s creating lots of hot water for politicians and employers.

by Rhéaume Perreault and Michael Adams It appears that employers in Quebec who wish to dismiss employees for incompetence may now need to accomplish an additional step before doing so. Indeed, the Superior Court of Quebec, in Commission scolaire Kativik v. Ménard, 2017 QCCS 4686, recently confirmed an arbitration decision in which an additional criterion […]

by Theodore Fong This year has seen many developments in the labor and employment fields in Canada. One recent development concerns the Alberta Workers’ Compensation Board (WCB), one of several public agencies across Canada to administer an insurance plan for injured or ill workers. Its no-fault insurance system has been in place for nearly a […]

by Clayton Jones On November 9, the federal government announced that changes to the Employment Insurance (EI) program relating to parental, maternity, and caregiving benefits will come into effect on December 3. The EI program provides temporary income support to partially replace lost employment income to individuals who are off work for various reasons. On […]

by Arlin Sahinyan In a time when immigration rules and regulations in many jurisdictions are becoming more stringent, Immigration, Refugees and Citizenship Canada (IRCC) has made changes to the citizenship guidelines making grants of Canadian citizenship more accessible to permanent residents of Canada. On June 19, Bill C-6 received Royal Assent resulting in immediate changes […]

by John Craig and Matthew Larsen Do unions have an independent legal right, separate and apart from their collective agreement rights, to be involved in every unionized employee’s accommodation request? This question was answered earlier this year by the British Columbia Court of Appeal, which ruled that unions have no such right. Recently, in Telecommunications […]

by Theodore Fong The risks to employers in sexual harassment cases can be big. Potential liability can arise from any decision. Employers may then find themselves having to make tough decisions on tight timelines. The key to ensuring an appropriate response is to be prepared. Preparation will permit an employer to take a proactive approach, […]

by Mikael Maher In a recent arbitration case, Tshiuetin Rail Transportation Inc. v. Steelworkers, Local 7065-75, the arbitrator, Bruno Leclerc, and the Superior Court of Quebec challenged a well-established principle in labor relations, which is that an employer retains managerial rights in the absence of limiting provisions in the collective agreement. In this case, the […]