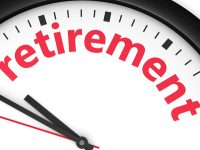 If you’re like many employers and have Baby Boomers in your workforce, you may be thinking about how you’re going to replace all that organizational knowledge as they retire. If that’s what’s on your mind, then it’s time to dust off that succession plan and get busy capturing all that knowledge. This article, however, is […]

An employee walks visibly shaken into your human resources office. She is upset about a work reassignment and says she does not feel properly trained for the new position. She has an emotional meltdown in front of you: crying and shaking so severely that she requests an ambulance. You attempt to calm her and instruct […]

Employees are learning the hard way that anything they say or post via online social network sites can and will be used against them in a court of law. This includes incriminating photographs that catch them in the act of fraudulently taking a leave of absence under the Family and Medical Leave Act. A recent […]

With Valentine’s Day around the corner, romance is in the air—and maybe even in the workplace. But while workplace romance may be a nice diversion for those involved, it can create some big risks for employers. This can include the threat of sexual harassment lawsuits when a relationship sours, lowered productivity, and even diminished morale […]

President Bush has signed the National Defense Authorization Act (H.R. 4986), which, among other things, expands the Family and Medical Leave Act (FMLA) to permit leave for family members of injured military personnel and military reservists called to active duty.

The massive healthcare reform proposal that was brokered between Gov. Schwarzenegger and the California legislature has died in the Senate Health Committee, which voted overwhelmingly not to move the bill forward. Key reasons for the committee’s move included the state’s huge budget deficit and the lack of available funding for the bill’s provisions. The measure […]

A California appeals court has rejected a wrongful termination lawsuit filed by a former State Farm insurance agent, ruling that the insurer could terminate the agent at will under the terms of an agency/employment agreement—even though the agreement didn’t use the term “at will.”

On Jan. 1, 2008, the controversial San Francisco Health Care Security Ordinance went into effect, extending health coverage to uninsured residents and requiring medium- and large-sized employers to either provide employees with health benefits or pay a fee to the city to help fund the insurance program.

On Tuesday, Feb. 5, 2008, Californians will go to the polls to vote in the presidential primary election—and this means it’s time for California employers to brush up on their voting leave and posting compliance duties. Here’s a quick checklist you can use: