As Hurricane Dorian gets closer to the Florida coast, now is a great time to ensure your employees are properly prepared for emergencies and disasters.

Continuing from yesterday’s post, here are more things you can do to ensure your employees are properly prepared for emergencies and disasters.

In 2017, there were 10,000 deaths caused by natural disasters worldwide. And a lot of those occurred while people were on the job. In addition, research shows that the number of recorded natural disasters has increased quite a bit in the past century. So, it’s still critical, perhaps now more than ever, that we’re well-prepared […]

Did you know that one-fifth of Americans recently reported that they work in a hostile environment? And disturbingly, that may not be as surprising to discover in the wake of the #MeToo and #TimesUp movements. 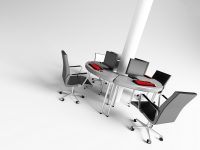 Adding to yesterday’s post, here’s more information about how you can inspire more inclusive work spaces for your employees.

If your organization is sincerely interested in creating an inclusive workplace for its employees and stakeholders, it’s time to analyze and reevaluate your physical work spaces.

Does your organization offer “green” benefits? Green benefits are benefits that are environmentally friendly in some way. Employers may want to offer green benefits for several different reasons. First, they may be in alignment with company goals and values. Next, they may be a great way to recruit individuals who value the environment and sustainability. […]

Workplace accidents are major concerns for any industry—both for concern abo9ut employees, and for costs–by some estimates, workplace accidents cost U.S. employers as much as $1 billion weekly for the direct costs of workers’ compensation alone. Unfortunately, despite how much safety training companies engage in, accidents still happen. When they do, there is opportunity for […]