On May 4, President Donald Trump signed an Executive Order (EO) that, unlike a draft version, leaves intact Obama-era LGBT nondiscrimination requirements for federal contractors. The EO, which one expert described as largely hortatory, addresses tax exemptions for religious organizations and the Affordable Care Act’s (ACA) contraceptive mandate. But it includes little affirmative movement, according […]

On March 6, Congress voted to repeal a regulation requiring federal contractors to report employment law violations to agencies that award contracts. President Donald Trump is expected to approve the resolution. The move was expected but is still a great relief to all federal contractors, according to Burton J. Fishman, senior counsel with Fortney & […]

by David Fortney and H. Juanita Beecher of Fortney & Scott On January 20, 2017, Donald J. Trump will be sworn in as the 45th President of the United States. Employers have been carefully monitoring the transition to get a sense of how the incoming administration will approach labor and employment issues that affect federal […]

Employers can expect some relief from federal requirements under the Trump administration, especially those put in place under President Obama. 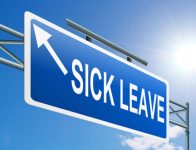 by H. Juanita M. Beecher Contractors entering into federal contracts on or after January 1, 2017, must comply with the U.S. Department of Labor’s (DOL) new regulations requiring them to provide workers 56 hours of paid sick leave a year.

by Billy Hammel The Equal Employment Opportunity Commission (EEOC) recently announced that employers with 100 or more employees must include employee pay data in their EEO-1 reports beginning in March 2018. The EEOC says it will use the data to combat “wage gaps” based on race, ethnicity, or sex.  What must be reported? Employers with […]

by H. Juanita M. Beecher, Fortney & Scott, LLC It’s early days to know exactly what a President Donald Trump will mean for federal contractors, but contractors can certainly speculate on what they would like a President Trump to do. 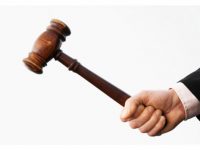 The Congressional Progressive Caucus has encouraged the U.S. Department of Labor (DOL) to move forward with its “blacklisting” plan for federal contractors, despite a court’s injunction temporarily halting implementing regulations.

by Susan Warshaw Ebner, H. Juanita M. Beecher, and Sean Lee A Texas federal district court judge has granted a nationwide preliminary injunction that blocks implementation of the Fair Pay and Safe Workplaces rule’s requirements that federal contractors report labor law violations, that the government consider such disclosures when awarding contracts, and that contractors include […] 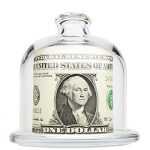