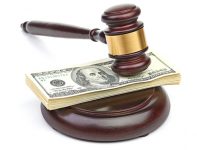 During the COVID-19 pandemic, the Equal Employment Opportunity Commission (EEOC) temporarily stopped issuing right-to-sue notices on charges that had been filed. The pause was recently lifted, and the notices are coming out again.

We did it, folks. We found the one and only HR person who’s been in HR from the get-go. Today’s guest on “Faces of HR” did not fall into HR. She doesn’t have a funny story about how she started as a recruiter part time or found that business school awakened an HR function within […] 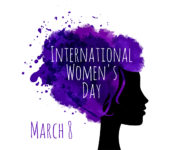 International Women’s Day (IWD) is a global day celebrating the social, economic, cultural, and political achievements of women. The day also marks a call to action for accelerating women’s equality. IWD will take place Sunday, March 8, 2020, and this year’s theme is #EachforEqual.

As American tech companies continue to offer generous parental leave policies, the pressure increases on employers in other industries to consider and implement policies that allow employees time to bond with a new child. Although current federal law doesn’t require employers to offer paid parental leave, the trend is edging that way.

Gender diversity is important for every organization, but there’s one industry that is consistently in the news for being the least diverse of them all: the information technology (IT) industry, or, more commonly, the “tech industry.”

Asia Argento, one of the first Harvey Weinstein accusers to come forward, now finds herself on the other side of the #MeToo movement in which she had been a prominent figure. According to a recent New York Times report, just months after accusing Weinstein of rape, Argento agreed to pay $380,000 to Jimmy Bennett, an […]

Not only must you be vigilant in preventing workplace sexual harassment in the age of #MeToo, but you also may face an uphill battle in defending against gender-based pay discrimination claims under the Equal Pay Act (EPA), according to a new decision from the U.S. 4th Circuit Court of Appeals—which covers Maryland, North Carolina, South […]

Is the current climate around sexual harassment driving down the number of workers dating coworkers? Maybe. According to CareerBuilder’s Annual Valentine’s Day survey conducted by The Harris Poll, office romance is at a 10-year low, with 36% of workers reporting dating a coworker, down from 41% last year and 40% in 2008.

The U.S. Senate confirmed Elena Kagan to the U.S. Supreme Court Thursday in a 63-37 vote. As expected, the senators voted along party lines, with only five Republicans voting to confirm President Barack Obama’s nominee. The final step in Kagan’s road to the Supreme Court will be a White House swearing-in ceremony. Kagan will become […]