We did it, folks. We found the one and only HR person who’s been in HR from the get-go. Today’s guest on “Faces of HR” did not fall into HR. She doesn’t have a funny story about how she started as a recruiter part time or found that business school awakened an HR function within her. We also spoke about how she has watched HR evolve over the years and where she hopes it might go. 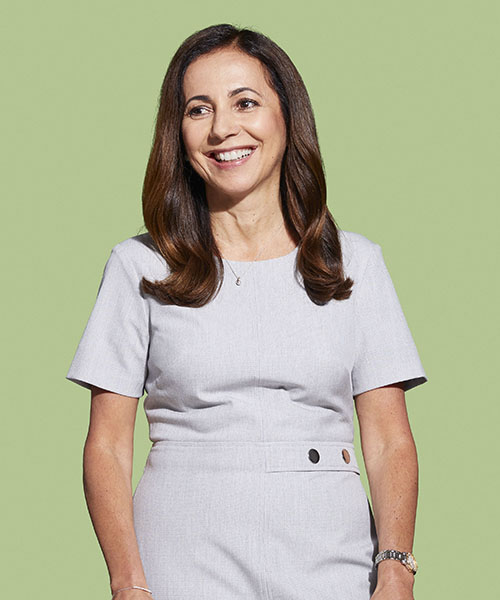 So, a good place to start is just to ask you how you got into HR?

I had the privilege of reading some of your other posts, and I’m probably going to be an outlier here with this answer. I have spent my entire career, which, at this point, I like to say was like 25+ years in HR, and I purposely got into this industry. What interests me most is human psychology, as well as business and business law. I saw HR as a natural blend of those three interests for me. I concentrated in HR as an undergraduate and have spent my entire career in HR. I know that is very different from the majority of people who come into this field.

How have you witnessed HR evolve?

Actually, when I got into HR, it was at a time when it was not well thought of and didn’t have a proverbial seat at the table. To fast-forward to where it is today, people are recognizing that having a strong people strategy in an organization is really going to set them apart.

It’s been a great pleasure for me to see how HR has evolved over the years to be such a sought-out role. HR individuals who have a strategic lens into how they practice are in very high demand. Even though I was personally interested in it, now is a great time for people to enter this field.

I get so many people reaching out weekly saying, “I like the way you think about growth and scaling an organization, and you’ve been in companies that have had very strong cultures. Where do I find more people like that?” So I think it’s a phenomenal time for people who think they might be interested to give it at least a try in a rotation, if nothing else.

Even in the 5 years I’ve been doing this, people are not asking “How do we get HR at the table?” as much as “What do we do when we get there?”

When you think about it, companies are run by people. You’re people resources. It’s really cliché to say, but it’s so true. And in this day and age, when the market is so tight for good talent, you better have a really well-defined people strategy and a strong culture, or you’re not going to be able to compete.

Were we always headed this way?

That’s a very interesting question. Being an optimist, I like to think that we were always headed in the direction of HR having a permanent seat at the table, but most certainly, it was fueled by the economic reality that many companies can’t compete without a really strong culture or a strong mission, which we’re fortunate to have here at One Medical. We really are.

We’re doing the right thing by making culture a top priority. But I do find that with a lot of Millennials in the workforce, they’re really craving socially conscious teams. Reports show how 70% of Millennials are looking for a company that is doing well financially, but is also having a positive impact on the world. And that’s really important. It’s encouraging companies to say, “How are we giving back?”

I think it’s many things converging to bring us to the point of doing the right thing and being very inclusive and looking at other labor forces that we traditionally haven’t recruited from.

I guess the question is, where do we go from here?

If organizations are looking to how to increase their diversity, the other area they need to consider is—how they think about inclusion. If you’re going to hire those vets and the older workers, who maybe you’re pulling out of semi-retirement, what programs do you have in place to ensure they feel integrated into the workforce?

There were initiatives to go out and hire them, but if they’re not paying attention to the inclusivity, they’ll be successful in recruiting them perhaps, but they’re not going to retain that labor force. I think companies that truly embrace it and have a culture of inclusion are the ones that are going to be successful in showing that people from all backgrounds can thrive in the organization.

And I think that’s where many companies have fallen short. They feel that once they have met their goals or they’re moving the needle in the right direction on diversity recruiting; it ends there. But that’s only the beginning. Right?

It’s almost like you have to really mean it.

Exactly. Organizations will be called out if they are recruiting and then lose many of the diversity candidates they hired. And that’s one thing I do feel really passionate about. I think that part of that comes from my upbringing. I was an army brat, and I lived in other countries, and I lived in areas where we weren’t necessarily part of the “in crowd” or the majority.

And this experience has helped me to challenge my team to think more broadly about any programs we’re introducing from this perspective. We want to ensure that when developing programs we are considering all perspectives and setting people from all different backgrounds up to thrive.

Creating a workplace that can sustain diverse hires is something a lot of organizations struggle with.

It is. And it’s critically important as we think about inclusion of our team members and really taking care of our internal team members. At One Medical, we are expected to be able to provide that great unconditional acceptance and meet our patients where they’re at so it comes full circle for us. If we can’t show that level of acceptance and that level of support internally, we would be hard pressed to ask our teams to be able to provide such exceptional care to our members.

What’s something that has happened during your time in HR that you will never forget?

It is really seeing what an incredible seat at the table this role can have. In the past, the head of HR role was often the only female senior leader you’d see—almost that token representation, and now it is one of many and a true thought partner. And for me, that really has been the most rewarding thing to see change, and I have felt it in this role and in previous roles, but very much so here at One Medical where the company is about 70% female.

I have a very strong position here within the company, and I feel very respected for my opinions and my thoughts. We’re now moving to where, in the next year, all companies are adhering to the plans they’ve set to be more inclusive of female representation. Specifically, they would be required to have more female board members. Having a government mandate to do that is good as it forces the issue and opens the doors that have been shut for many years.

I am confident that women in these positions will deliver and be recognized for their contributions. To me, that really is the most rewarding change I’ve seen over the years.

It’s going to be a real challenge for a lot of people.

When I was in my early stage career, women like me couldn’t afford to make a misstep because everything you did was much more scrutinized. Hopefully at some point, that won’t be the case, and everybody will just be taken on his or her own merits. We still have a way to go there. We now have just hired our second female board member at One Medical, and I couldn’t be prouder of the contribution they bring to the table. I think they’re both phenomenal.

It is great to see, and I hope this trend can take us forward and that we are not tossed back.

I think we have looked at the statistics of how many females are graduating college now at record numbers. The times really have to change.

It’s a great time to be in the field. There are so many opportunities that I get pinged about, so if somebody comes into the field with a broader business perspective and a strategic outlook, the sky’s the limit right now.