In North Dakota, like all states, it’s extremely important for employers to properly identify (and classify) their employees and secure proper workers’ compensation insurance coverage. North Dakota’s Workforce Safety and Insurance (WSI) requires employers to identify their employees and submit payroll data so WSI can calculate the premium during that policy period. Failure to submit […]

Once again this year, employers and insurers were given an extra month to comply with the upcoming Affordable Care Act (ACA) requirements to furnish 1095-B and -C reports to individuals. 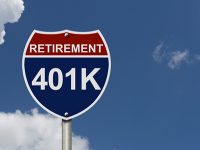 A common benefit that many employers now offer to employees is a 401(k) plan to assist them in saving for retirement. This type of benefit is typically highly valued by employees, and of course, employers want to take steps to ensure it’s administered properly—both legally and in terms of not making mistakes that impact employees.

Year-end reporting season is a chaotic time for business owners and Human Resources personnel across the country. This year brings with it just the second season of earlier deadlines for W-2 and 1099-MISC reporting, so businesses can feel overwhelmed and pressured with the need to file on time to avoid fines.

Recently, employers and insurers were given an extra month to comply with the upcoming Affordable Care Act (ACA) requirements to furnish 1095-B and –C reports to individuals. The deadline is being moved back from January 31 to March 2, 2018, the Internal Revenue Service (IRS) announced in Notice 2018-06. In addition, the good-faith transition relief […]

by Thora Sigurdson In June 2014, the Canadian government introduced changes to the country’s Temporary Foreign Worker Program (TFWP). These changes were intended to make it more difficult and expensive for Canadian employers to hire temporary foreign workers (TFWs), thereby encouraging employers to search within Canadian borders to staff their workforce. While the changes to […] 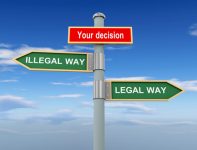 by Christine D. Mehfoud Compliance-minded companies always want to know, “What’s the risk of noncompliance?” Or, put another way, “How much will it hurt if we don’t get it right?” For companies still wondering whether spending a little now to implement a solid immigration compliance program is a sound investment, some of the recent immigration-related […]