An employee’s claims of sexual harassment and assault can often create an emotional litigation environment. Coworkers and supervisors become entangled in the case as witnesses, or victims, or alleged attackers, and relationships and alliances become confusing. Whose side is the employer on, and which employees speak for the employer? 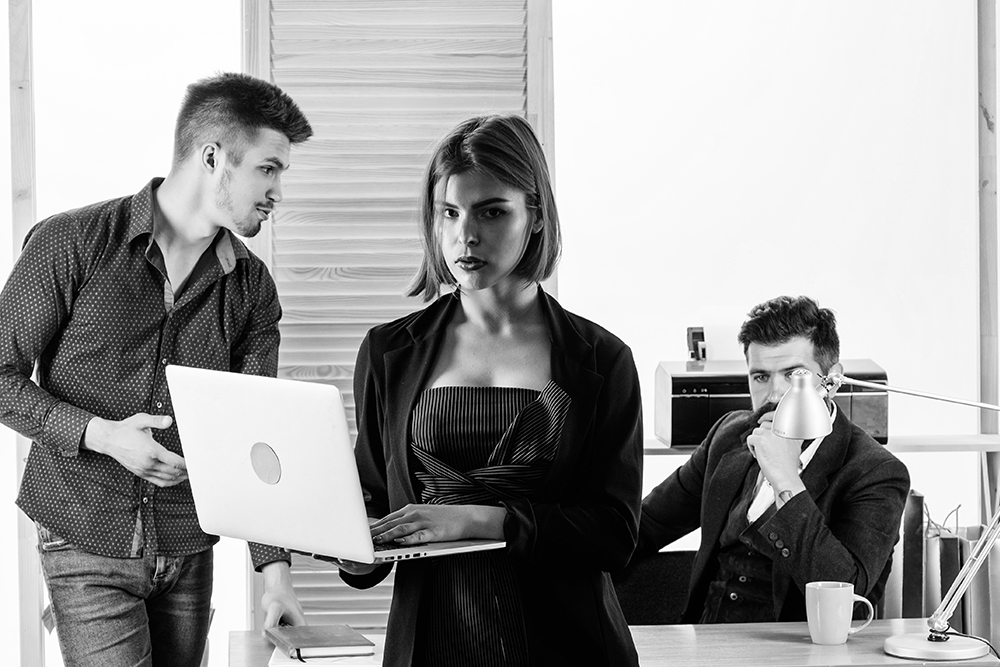 In the following case, an employee sued her employer for sexual harassment, and her lawyer approached a coworker for her testimony as a witness in the case. Was there anything wrong with that? The trial court thought so and threw the lawyer off the case. That was the issue before the court of appeal.

Jane Doe, a student at Southwestern College who was also employed as a public safety assistant by the campus police department, filed claims of sexual harassment and sexual assault against Southwestern Community College District and three employees.

Doe alleged she was sexually harassed over a number of months by campus police officers. She claimed the behavior ranged from repeated unwelcome sexual comments by her immediate supervisor, Ricardo Suarez, to a sexual assault by officers Kevin McKean and Joseph Martorano.

Doe asserted that management responded to her complaints inadequately or not at all. She also alleged that two other female employees, including Andrea P., were also harassed. That was presumably relevant to her allegations because it provided notice to Southwestern about similar misconduct by at least one of the accused harassers, Suarez.

In July 2018, Doe’s counsel, Manuel Corrales, Jr., noticed that Andrea had provided a deposition. On August 27, attorney Matthew Wallin—who represented Southwestern, Suarez, and McKean—contacted Corrales to inform him that as a current employee, Andrea was “entitled to representation.” Wallin added that he “was in the process of securing conflict counsel for [her],” which could take “a couple of weeks.” He requested that the deposition date be rescheduled, and Corrales agreed.

The next day, Corrales e-mailed Wallin and Martorano’s attorney, Louis Dumont, to inform them that he was representing Andrea. Inferring that Corrales had contacted her, Dumont responded that “it would be improper for you to have contact or discussions with” Andrea because she “will be provided counsel by her employer.” Wallin also replied a short time later, telling Corrales that because Andrea “is employed by the District, your direct communication with her is improper and your representation creates a conflict of interest.”

Southwestern asked the court to disqualify Corrales for violating Rule 4.2 of the California State Bar Rules of Professional Conduct, which generally prohibits a lawyer from communicating with a person he knows is represented by another lawyer in the matter.

The trial court granted the motion, and Doe appealed. The court of appeal later directed the superior court to vacate (overturn) its order disqualifying Corrales as Doe’s counsel in the matter, finding it was an error to determine he had violated Rule 4.2.

‘Entitled’ Isn’t the Same as ‘Represented’

Rule 4.2(a) provides that “in representing a client, a lawyer shall not communicate directly or indirectly about the subject of the representation with a person . . . the lawyer knows . . . to be represented by another lawyer in the matter.” The court of appeal noted that although Southwestern offered to provide counsel for Andrea, there was no evidence that at the time Corrales contacted her, she had accepted the offer or otherwise retained counsel.

Because the record revealed that Andrea had taken no steps to secure representation, the court of appeal concluded there simply was no basis to conclude she was represented by counsel when Corrales contacted her. Accordingly, he couldn’t have violated Rule 4.2(a) because at the time he contacted her, Andrea wasn’t actually represented by a lawyer.

Specifically, with regard to current employees, Rule 4.2(b)(2) states, “In the case of a represented . . . governmental organization, this rule prohibits communications” with a current employee of the organization “if the subject of the communication is any act or omission of such person in connection with the matter which may be binding upon or imputed to the organization for purposes of civil or criminal liability.” Thus, opposing counsel simply cannot contact certain categories of employees to discuss certain subjects without advising the employer’s counsel of his actions.

In this case, Corrales contacted Andrea as a percipient witness to discuss evidence of other alleged acts of sexual harassment by Suarez. To the extent Andrea’s acts were discussed, Doe wasn’t seeking to hold Southwestern liable for what she did.

The purpose of Rule 4.2 is to prevent ex parte contact (i.e., contact outside the knowledge of opposing counsel) with employees who engaged in acts or conduct for which the employer might be liable. It isn’t designed to prevent an employee’s lawyer from talking to other employees who might provide relevant evidence of actionable misconduct by another employee for which the employer may be liable.

The court of appeal noted that Andrea was allegedly a victim of sexual misconduct similar to the harassment Doe experienced. Her declaration supported that allegation, and to the extent she saw or heard anything that could confirm Doe’s allegations, Corrales’ communication with her didn’t involve her own actions or omissions but her percipient knowledge and understanding of the events surrounding the dispute.

The purpose of Rule 4.2, noted the court, is not to wall off every employee with firsthand knowledge of the relevant facts and prevent them from being asked questions. As such, the court held that when an employee claiming harassment or a hostile work environment seeks to rely on evidence of similar misconduct provided by another alleged victim, ex parte communication with the second employee won’t be found to involve “an act or omission [by that employee] in connection with the matter [that] may be binding upon or imputed to the organization for purposes of civil or criminal liability.”

Finally, the court of appeal noted that Southwestern’s argument appeared to be aimed at a subtler point. The college district seemed to be suggesting that Corrales’ questions were likely directed at Andrea’s reporting or failing to report Suarez’s alleged misconduct to Southwestern, and the district could be liable based on how it responded or failed to respond to any reports that were made.

The court explained that Andrea’s acts with regard to reporting Suarez’s misconduct were not the type of actions that may be binding on or imputed to the organization for purposes of civil or criminal liability.

In other words, Southwestern couldn’t be liable to Doe because Andrea chose to report or not to report sexual harassment by Suarez, and her actions or her failure to act wouldn’t be imputed to Southwestern for purposes of imposing liability. Southwestern’s liability, if any, would be based on its own conduct—its sexual harassment policies and how it responded to any reports of harassment it received. Doe v. Superior Court(California Court of Appeal, 4th Appellate District, 6/13/19).

Michelle Lee Flores can be reached at Akerman LLP in Los Angeles, michelle.flores@akerman.com.