In part 1 of this article series, I was discussing the upcoming EEO-1 Component 2 deadline of September 30 with experts Mark Adams and Maggie Spell of Jones Walker LLP. Today, we continue that discussion by examining what happens if you find that you had submitted errors in your Component 1 while preparing your Component 2 and what happens if you just don’t file at all. To listen to the entire episode, click here. 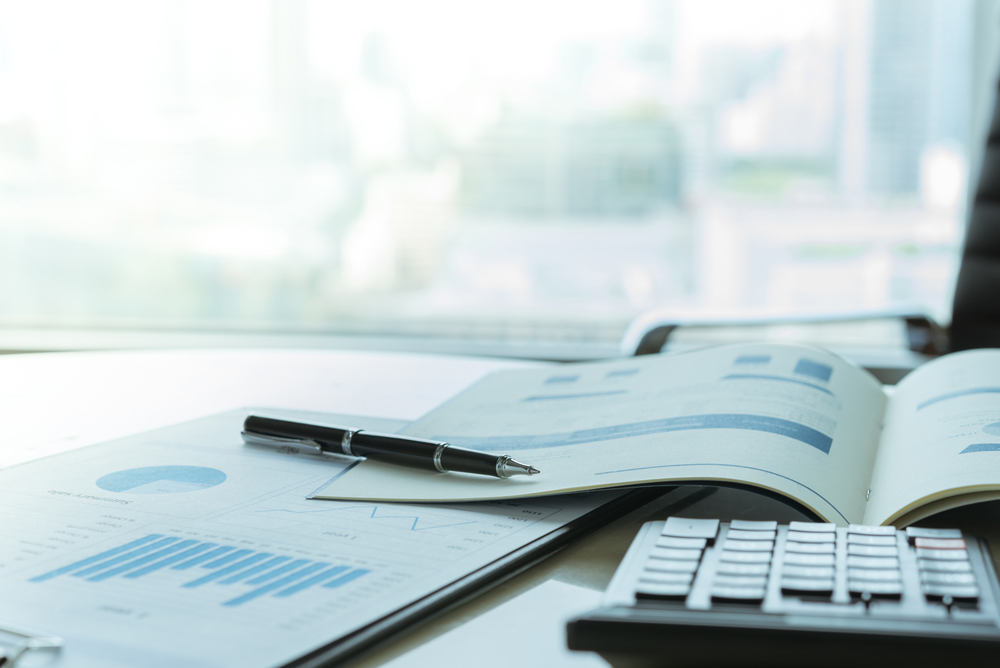 Jim: If someone had already filed their EEO-1 and then while they’re getting ready to file their EEO-2, they find that there were mistakes, like classification mistakes or other kinds of mistakes, what would you advise someone to do in that point? Because if they submit a second set of data based on … If they’ve fixed those mistakes, then won’t their data be different on the second submission than they were in the first one?

Mark: You can always file a corrected report.

Maggie: But you could also, if you had a concern about that—and I’m being a little sneaky here, I guess. If it were somebody who maybe wasn’t employed for the entirety of the October 1-to-December 31 period, you could pick a snapshot period when he or she wasn’t there to get around that piece. You could pick a different workforce snapshot period. I don’t know.

Mark: But that really doesn’t address your question, which is what if you discover, in preparing your Component 2 report, that some of the data you reported in your Component 1 report were inaccurate? And my answer to that is you can file a corrected report. Or you can choose a different snapshot period.

Maggie: I think the fact that you can choose a different snapshot period—and, as Mark said, your data are not going to match up—does highlight some of the reasons we’re not sure exactly how useful these data are going to be to the EEOC because they’re not going to line up necessarily to the extent that it wants to look back at Component 1 or it wants a bigger picture of what the employer is doing because it is such a narrow snapshot.

Jim: You guys—those are great answers, by the way; thank you—you guys mentioned that there weren’t any consequences. Is that for everybody? There are no consequences if someone doesn’t file on time or at all?

Mark: Well, I’m not going to say there are no consequences. Okay. There is no fine or penalty for not filing. The regulations specifically authorize the EEOC to file suit to compel compliance through an order from a federal court. So theoretically, there could be consequences for not following, but realistically, probably not.

For federal contractors, the risk is a little greater because of the ability of the OFCCP to conduct an audit. Those audits are conducted randomly, but they typically include a request for the employer’s EEO-1 report. And if an employer did not file an EEO-1 report, then the OFCCP could compel compliance through a conciliation agreement as a condition for closing the audit.

Maggie: And practically speaking, Jim, to kind of go back to a point that you hit on earlier about how you may be perceived, regarding either what you submit or, in this case, what you don’t submit: If you were to get, for example, a charge of discrimination filed, and the EEOC sent out a request for production and asked for a copy of your Component 2 data, if they were relevant, and you say, “Yeah, sorry, we didn’t do that,” as Mark said, there’s not necessarily a penalty, but the EEOC may factor that into its analysis in looking at and investigating the charge. Can’t say it’s going to have any sort of impact, but that’s just kind of a practical consequence of not submitting.

Mark: Yeah. Many years ago when I started practicing law, one of the standard requests for information you would get from the EEOC whenever a charge was filed was for a copy of your EEO-1 report. I haven’t seen that in years in a request for information from the EEOC. But I suppose it could reinstitute that practice of asking for the company’s EEO-1 report, particularly if the discrimination complaint involves pay.

So, that would be another potential consequence if the employer didn’t file and the EEOC requested a copy of the EEO-1 report and the employer couldn’t produce it. Then, the EEOC could require compliance as part of its remedy for the charge and could enforce that by filing suit.

Maggie: And then, of course, taking it one step further, if you were to end up in a lawsuit that involved some sort of compensation piece related to race or gender, I would imagine that the plaintiff’s lawyer would be asking, in that first set of requests for production, for a copy of your EEO-1 report, particularly the Component 2 data. And I guess, depending on who the judge is, they may or may not look down on you for that.

Mark: But again, even in that situation, I don’t believe a court could compel compliance because only the EEOC is authorized to file suit to compel compliance with EEO-1 filing requirements. So, I think in private litigation between private litigants, if an employee’s lawyer were to ask for the EEO-1 report and you didn’t have it, that would be the end of the inquiry.

Maggie: Oh, sure. I’m not suggesting it could actually compel you. But I can just hear the “Well, clearly, they have something to hide, since they didn’t bother to even file the Component 2 data.”

Jim: This is very interesting. I’m going to posit an analogy or a scenario. If you ever remember writing essays in college, especially when you had to do it during an exam and the deadlines—you only have 2 hours. You only got halfway through your exam. And I don’t think at that point, anyone just gives up and leaves. You submit what you have. I could easily envision companies scrambling to get all this stuff ready, that September 30 deadline comes up, and they just say, “Well, we don’t have it complete, but we have something. Maybe it’s better to submit something than nothing at all.” What do you guys think about that?

Mark: Wouldn’t do it because that would be filing a report that you know is incorrect, which could subject the company to criminal penalties.

Maggie: There’s certainly not a box on the EEOC’s EEO-1 Component 2 data that says, “This is an incomplete report.” So, as Mark said, it just wouldn’t be accurate.

Mark: Yeah. My advice to anybody in that situation would be to file for either an exception or an exemption. And there is a procedure for requesting an exemption from the filing requirement based on undue hardship. I’ve never heard of anybody asking for it—never known anybody to do so. But we may see some of that as we get closer to the September 30 deadline.

I have no idea how the EEOC would react to that. But if I were asked by a company what to do in that situation where it just knew it couldn’t complete the report on time and asked me should it file what it had, I would say no. Either don’t file or ask for a hardship exception.

Jim: That’s a great answer. What about late submissions? Is that something that employers could use as a strategy?

Mark: Yes because again, there is no fine or penalty for not filing or for filing late. And I’ve known a number of employers over the years that have filed their EEO-1 reports late with no consequences.

Maggie: There’s always the possibility. And if Mark is saying people have done this in the past, this may be a moot point, but the EEOC could also always shut down its … receptacle? For-

Mark: The portal. And it does-

Mark: It does that. Typically, the EEO-1, what we now know as the EEO-1 Component 1 report—typically, the EEOC would leave the reporting portal open for some indefinite period of time after the deadline, and employers could file late. But at some point, it shut it down, and you have to ask for permission to file late.

And I suspect that it’ll probably follow that same procedure with the Component 2 report. It’ll probably leave it open for a little while, and then it’ll shut it down.

Jim: Is there an official method of requesting an extension or requesting the ability to file late?

Mark: Yes, there is a procedure. It’s in the regulations. 29 Code of Federal Regulations, Section 1602.10 provides a procedure or a mechanism for employers to request a hardship exemption from having to file. They have to show undue hardship, which is not really defined.

But again, I’ve never heard or known of anybody requesting an exemption.

Jim: All right, well, just one last question. Do you guys have any advice for employers or anything else that you would want our audience to know about this?

Mark: I guess the parting advice I would have would be: Do your best to comply. But if you find that you can’t, it’s like the article we wrote, “Henny Penny, the sky is not falling.”

Maggie: I agree completely with Mark. This isn’t so much advice, but I’m going to be really curious to see what, if anything, the EEOC actually does with these data. And I think that’ll tell us a lot about whether this will ever happen again.

Mark: Yeah. Let me say this, too. This whole thing is politically driven.

But it’s still the current administration that’s in charge of the EEOC. I think the career people at the EEOC may have some interest in these reports. But the politicians who are in charge of the agency I don’t think are interested in it at all. And, like Maggie, I’m very curious to see what, if anything, they do with these data once they get them.

I hope this helps contextualize the EEO-1 Component 2 pay data submission for our readers.

I will include some additional resources in the description, including the article that Mark mentioned, and probably to the FAQ and reporting site for the EEO-1 filing.

So, thank you both, Mark and Maggie, for taking the time to join us today.

Maggie: Thanks for having us.

Jim: Listeners, we are always interested in suggestions you might have for what HR Works should cover next. Feel free to reach out to us on Twitter at @HRWorksPodcast with any thoughts or concerns you have about the podcast in general or just to say hi.

Thanks for listening. This is Jim Davis with HR Works.