The message is clear: Employers cannot treat breastfeeding mothers differently in the workplace. 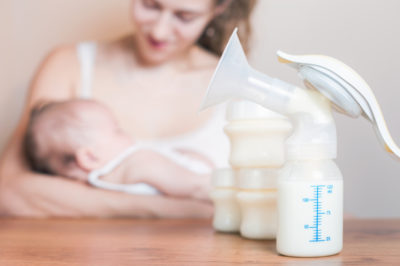 Just when you think you’ve heard it all, along comes a new story so egregious that you just won’t think it’s real. In 2014, a few months after giving birth to her son, an ex-Kentucky Fried Chicken (KFC) employee was hired to be an “assistant manager.” Early on, KFC told the employee that her job would in no way interfere with her ability to breastfeed her son. That turned out not to be the case.

In the beginning, the employee was assigned to 10-hour training sessions. The long sessions created an unbearable burden because she wasn’t given ample opportunity to express her breast milk as frequently as her physician had recommended. More specifically, the employee could express milk only once throughout each 10-hour training shift, when her doctor had said she needed to do it every 2 hours.

To make things worse, the employee was required to express her breast milk in the manager’s office, which had a surveillance camera. She ended up there because she had requested more privacy after first being allowed to pump in a single-stall bathroom. The irony.

Upon completion of the training, the employee was demoted to shift supervisor and transferred to a different KFC location. In connection with the demotion, her pay was decreased approximately 50 cents an hour. She claimed her supervisor explicitly told her the demotion was caused by her pumping breast milk at work.

When the employee arrived at the new location, she encountered no problems. Sometime thereafter, however, coworkers started to complain about her taking “breaks” to express the milk. At one point, they reportedly threatened to walk out.

Succumbing to peer pressure, the employee started to take fewer breaks. Being able to pump once during her 8-hour shift—that is, if she were lucky enough to pump at all—caused her to experience physical pain. It also caused her milk supply to dry up, consequently forcing her to switch her baby to formula.

On another occasion, upper management accused the employee of taking a jacket that a customer had left at the restaurant. The employee had inadvertently taken the jacket.

The employee got so fed up with the inappropriate treatment and long list of accusations and complaints against her that she quit. Her attorney argued the resignation wasn’t voluntary but resulted from the intolerable work environment created by her employer.

In 2015, the employee filed an unsuccessful discrimination charge with the Equal Employment Opportunity Commission (EEOC). The agency dismissed the employee’s complaint against KFC because it found the evidence to show she worked for another entity.

Regardless, in 2016, the employee sued the KFC franchisee and two other entities for discrimination and a hostile work environment in a Delaware federal court. A jury found in the employee’s favor and awarded her more than $1.5 million in damages. Autumn Lampkins v. Mitra QSR, LLC, et al.

The message is clear: If you treat nursing mothers differently in the workplace, get ready to face discrimination lawsuits and pay quite a considerable amount of money in damages.

The KFC case also serves as a reminder that you should think twice before denying breastfeeding employees’ accommodation requests. You should be (or get) familiar with the requirements set forth in the Fair Labor Standards Act (FLSA) and the Patient Protection and Affordable Care Act (ACA), as well as any specific state laws.

The KFC franchisee’s Human Resources department should have quickly taken note of the incidents and acted with urgency. Most of the issues raised in the lawsuit could have been prevented if HR had intervened early on.

Managers and supervisors must lead by example. It’s important that their practices are aligned with the company’s policies, procedures, and laws. While this groundbreaking employment lawsuit served as a lesson to the KFC franchisee, it leaves behind a dire warning for other employers.