From September 27, 2019, through October 6, 2019, the International Association of Athletics Federations (IAAF) held the 2019 World Athletics Championships in Doha, Qatar (“athletics” is what we Americans call “track and field”). The meet was highlighted by several women who recently had children excelled on the track. 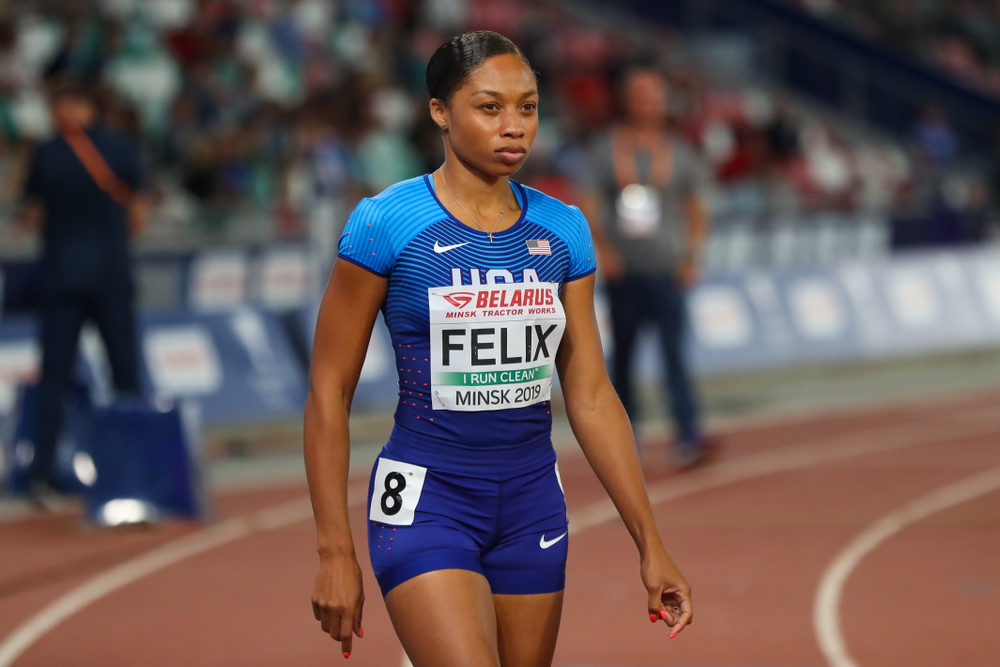 Allyson Felix stopped racing early into the 2018 track season due to pregnancy and had an emergency C-section and gave birth to a daughter in November of last year. Already the most decorated female in U.S. Olympic history, Felix surpassed sprint legend Usain Bolt by earning her twelfth and thirteenth world championship gold medals and now has the most world championship titles of any track athlete.

Jamaican Shelly-Ann Fraser-Pryce—arguably the greatest female sprinter of all time (among other accolades, Fraser-Pryce was Olympic champion in the 100 meters (m) in 2008 and 2012, as well as the world champion in that same event in 2009, 2013, and 2015)—missed the 2017 track season due to pregnancy. After giving birth to a son in August 2017, Fraser-Pryce returned to competition this season and captured yet another 100-meter world championship in Doha, running a blistering 10.71 seconds (just one one-hundredth of a second slower than her Jamaican national record time of 10.70, which she ran in 2012).

In addition, American Nia Ali captured a gold medal in the 100-meter hurdles within 18 months of having her second child, while China’s Liu Hong won the women’s 20-kilometer race walk after giving birth to a daughter at the end of 2017 (and taking more than 2 years of maternity leave).

A Lesson for Employers

These women athletes became pregnant, gave birth, and have raised children, all while being among the best in the world at their chosen profession. Based on their experiences, here are just a few (intertwining) things that employers should consider when supporting expectant and new mothers in the workplace:

Ali’s need for flexibility was especially pronounced. Although she lives in Florida, Ali participates in training sessions in Germany. On one occasion, Ali took a break from training in Europe so she could fly home for a parent-teacher conference for her oldest child, Titus. According to Ali, “It was important for me to be there and get a good feel of what he’s going to have to go through this year.”