Perhaps you have heard the term “microaggressions.” I recently spoke with Tania Luna, Co-CEO of LifeLabs Learning, about them, their effect on employees and organizations, and how they can be identified. We also spoke about how they can be addressed through something called “micro-inclusions.” 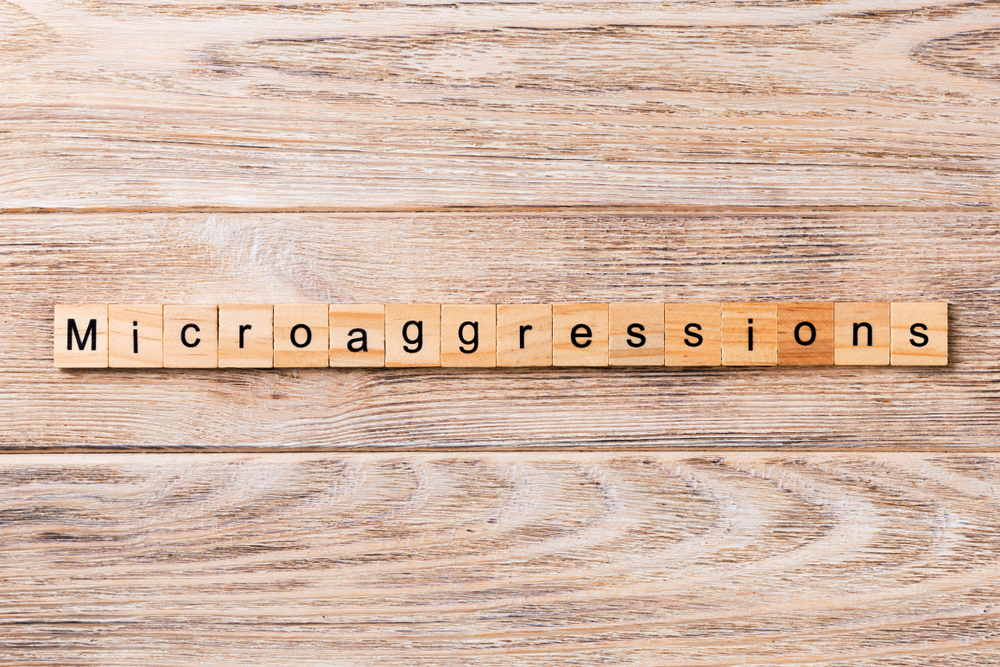 Luna defined microaggression as “a seemingly small behavior or phrase” that reveals biases on the part of the speaker or actor. She provided an example surrounding a black speaker at an event. Consider a situation when an audience member approaches that speaker and says something like, “Oh my god, you were so eloquent.” That might seem like a compliment on the surface and may have been intended as one, but it reveals something about that audience member’s bias. The message really might mean, “I don’t expect that of you if you are a black speaker; even though you are a public speaker, your eloquence surprised me.”

These kinds of interactions can be very challenging to parse, but let’s take a moment to consider how this example would be received by the speaker. The speaker may have heard similar comments many times before. Hearing that feedback “over time can feel like a more overt act of aggression” for the speaker, says Luna. Regardless of the intention, he or she could assume that the audience member has biases and expectations about what a black speaker is and is not capable of.

There are a lot of ramifications for microaggressions, so we will explore them one at a time.

Expressing discomfort over such actions or words can be very challenging. Luna says that when a microaggression “is overtly positive, that’s the hardest.” In our example, the audience member almost certainly did not intend to offend or upset the speaker. Should the speaker express his or her discomfort with what this person said, that person might become very defensive. At the same time, the speaker has every right to address the source of his or her discomfort. When the tools for handling similar situations in a workplace environment are absent, a small phrase or action can rapidly bloom into a major problem.

Friends and coworkers can have difficulty understanding why a seemingly isolated incident is so upsetting. Luna gave an example concerning her husband’s experiences as a Latino. When they were at a grocery store, a customer approached him and asked him for help with a product. Her husband was upset by this, but because it was Luna’s first time witnessing this behavior, she wondered if it was just a harmless accident. However, this had happened many times to him. Because he was Latino, customers specifically at grocery stores regularly assumed he was a stock worker. They had come to expect shelf stockers to be Latino and applied that bias to him. She commented, “And he was never mistaken for being a banker at the bank.” An individual incident to those who are not constantly the butt of these microaggressions can seem like no big deal. However, Luna characterized the recipient’s feeling as “death by a thousand papercuts.”

They can lead to a crisis of identity. Aside from being viewed through the lens of bias, which can be upsetting in its own right, those who receive microaggressions regularly can experience serious identity issues. Luna calls the impact of microaggressions a “stereotype threat.” She explains that “the impact of stereotype threat, which has been very well researched, is that it creates a cognitive burden. Instead of me just being a person, I’m now a person representing a group. And I know implicitly that there are stereotypes/assumptions being made about me.” In other words, the recipient of microaggressions becomes the sole representative of his or her culture or race.

A company culture that does not address microaggressions can be harmful to employees and the bottom line alike. Luna says, “Researchers have found that when people become more aware that they are being judged by a certain identity, like race or gender or socioeconomic status, that can impact performance and increase blood pressure/stress levels.” These are the physical effects employees experience at organizations that have not raised awareness about or made attempts to address microaggressions.

Making space for people to contribute. Luna explains that during meetings is “where you really want to leverage diversity of perspective; that’s where you want innovation to be.” By not providing a way for everyone at the meeting to be included, people might feel like they are outside of something important. Luna had a few suggestions. Some included: “Before we move onto the next topic, ask if there is anyone whose perspective we haven’t heard from”; “I’ve noticed some people are speaking more than others. What’s a different perspective we haven’t talked about?”; and “How about we pause for a moment and just go around and give everyone 2 minutes to share their perspective.”

Luna also suggested a micro-inclusion for when someone has been interrupted. Once the interrupter has finished what he or she is saying, return to the conversation and say, “Kate, I don’t think you got a chance to finish. Would you like to finish your thought?”

There are many more examples of micro-inclusions, but perhaps by now, you have gotten the idea. It’s all about finding a way to make sure that all of your coworkers, teammates, and employees have the space made for them to be truly included. Luna says that in organizations where she helped implement these ideas, she has seen some really positive results. “When we look at teams that are unusually inclusive, what we notice is that people are really deliberate to make sure that everyone in the room has easy access into the conversation.” This is the power of micro-inclusions.