The gender pay gap was front and center at this year’s Emmy Awards, thanks to Michelle Williams’ powerful speech about gender equality. We should expect to see this issue raised again throughout award season, particularly as recent research revealed that Hollywood’s gender pay gap is among the highest of any industry, with female stars earning about 25% less than male stars. 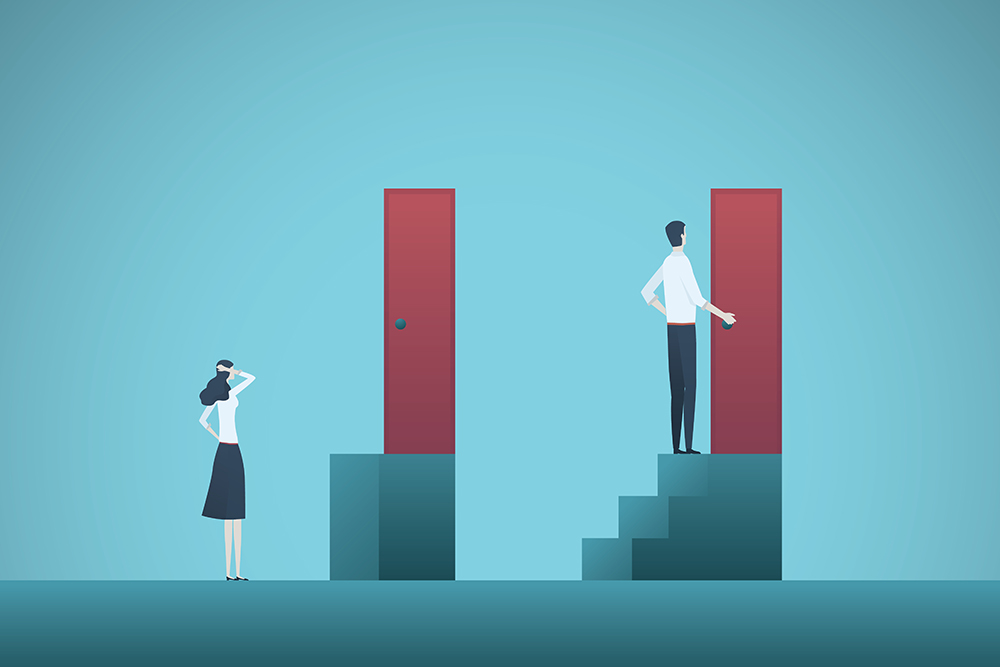 But Hollywood isn’t the only social influence in which we’re seeing pay equity take the spotlight; Hasbro recently launched a new version of Monopoly dubbed “Ms. Monopoly,” in which women players earn more than men. However, critics have pointed out that this concept perpetuates the idea that women need an advantage to be equal to men instead of simply being equal—an idea that companies hopefully do not emulate.

Whether it’s through television, movies, or games, there’s no question that societal factors are affecting gender equality in the workplace, and, at the very least, continuing this important conversation should be high priority to leaders from small businesses to large-enterprise companies.

Let’s take a look at how companies can implement strategies to continue the conversation of closing the gender pay gap for good.

Thinking of the gender pay gap as a “women’s issue” is a major problem when it comes to actually closing the gap. As it is, 36% of female enterprise employees believe that men in their company do not want to close the pay gap, and nearly half (47%) of male enterprise employees believe that men should not even be advocates for closing the gender pay gap. This thought process creates a major roadblock for improving equality in the workplace, as putting the focus only on women perpetuates the idea that men shouldn’t have to work to close the gap. In reality, all leaders must be responsible for implementing fair pay in their companies and creating an environment that promotes equality. Equal pay benefits everyone within the organization, as employees who feel they are paid fairly are more likely to stay with the company and be more productive in their roles, furthering the organization’s mission.

Identify the Gap Within Your Organization

Executives, both male and female, must focus on identifying their company’s pay gaps in order to address the issue, but it’s not as simple as comparing salaries between men and women. A more accurate way to measure pay inequalities is by comparing groups of peers with similar experience, skills, and tenure against the full scope of compensation. This means looking at salary, of course, but also the total value of the rewards package and places there may be uneven compensation. For example, two employees in comparable positions with the same number of years of experience and degrees may be paid the same salary, but noncash rewards may not be comparable. In order to close the gender pay gap, we must first understand the real pay gaps that exist so that leaders can begin to address them.

While identifying pay gaps within the company is the most important first step toward fixing them, there are a variety of ways to begin addressing these gaps. As 29% of enterprise employees cannot identify steps or actions their employer has taken to close or prevent gender pay gaps, communicating fully and regularly with your employees that the situation is being addressed is the first step, even when there is a pay gap in the company.

In fact, disclosing pay gaps is viewed positively by employees; 63% would be more willing to work at a company that discloses its gender pay gap figures yearly. Additionally, increasing employee retention through efforts to close pay gaps may literally pay off for companies. It can cost about a third of an employee’s salary to replace him or her (i.e., if an employee makes $60,000, it could cost up to $20,000 to replace the individual), so turnover can hit hard on the bottom line.

Beyond acknowledging gaps, leaders must implement holistic tactics to close them, from reassessing recruiting and hiring practices to evolving how employees are promoted to implementing more equal total rewards options.

Create a Culture of Transparency

In the effort to close the pay gap within the company, it’s easy to forget how incredibly important transparency is in the process. Nearly a third (31%) of U.S. workers do not believe employees at their company are fairly compensated, regardless of age or race, and 61% would share their salaries with colleagues, creating the potential for rumors or misconstrued information among employees. Implementing technology that directly ties pay to performance and removes unconscious human bias from pay decisions can increase employees’ confidence that their pay is fair.

While societal topics will always cross into the workplace, keeping up the conversation will not be enough to see a difference in gender parity. In order to create greater equality in the workplace and as a society, companies must reevaluate how to measure pay gaps, take action to combat these gaps, and create transparency around compensation.