Earlier this year, I wrote about the numerous streaming service options that were available to consumers and how this made it difficult to decide which services to utilize, if any, as alternatives to cable. At the time, I was focused on television viewing habits but Netflix has made clear that it also has its sights set on Hollywood as part of its strategy going forward. 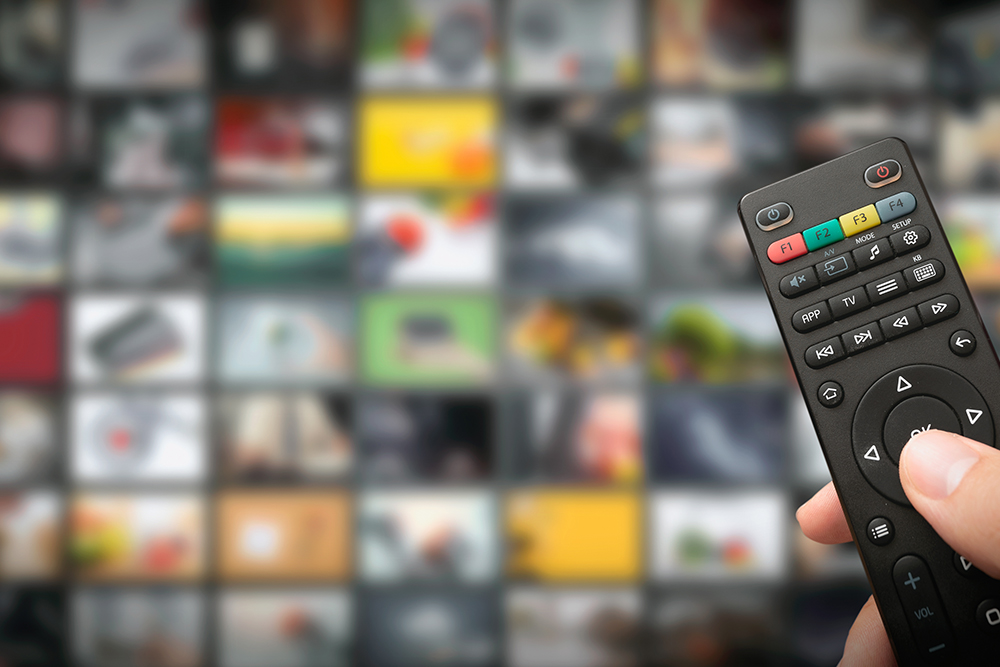 The recent Golden Globe nominations merely solidified that Netflix intends to be a major player with regard to movie content but on an even larger scale. Sure, Netflix has been creating original movies on its service for a while and has even had some critically acclaimed contenders such as Beasts of No Nation a few years ago, last year’s Oscar contender Roma, and meme-able hits such as Bird Box.

However, this year, Netflix has four films nominated for best picture at the Golden Globes, demonstrating the buzz Netflix has been able to achieve with its original feature films. Two of Netflix’s films, The Irishman and Marriage Story, were the top two nominated films overall. And Netflix had twice as many nominations in the motion picture categories as the second-place movie distributor, Sony Pictures. Even those individuals who are skeptical of the Globes as a benchmark of good cinema must admit that Netflix—and, particularly, its two aforementioned films—is expected to be a major player come Academy Award season.

Netflix has recognized that individuals’ viewing preferences have drastically changed and continue to change. An individual’s preference to stream television shows as opposed to watching them live is just as applicable to an individual’s moviegoing preference, particularly in today’s age of rising ticket prices. Of course, there are certain movies that are “theater experiences” and will continue to attract consumers, but the reality is that those films are few and far between. While this trend may be sad to some who believe that seeing a movie in a theater is a unique experience to be cherished (like me), the reality in today’s modern world is that others find it more comfortable and cost-effective to simply watch it at home at one’s leisure (also me).

Not All Paradigm Shifts Are Unwelcome

While this shift to modern viewing habits may be unwelcome to some, what is welcome to employers is the Fair Labor Standards Act’s (FLSA) shift in defining the “regular rate” in accordance with today’s modern workforce. Federal law requires that nonexempt employees receive overtime pay of one and one-half times their regular rate for any hours worked in excess of 40 hours per week. The regular rate isn’t necessarily simply someone’s hourly rate or base rate but also can include all remuneration for employment, subject to certain explicit statutory exclusions.

Today’s modern workforce cares about fringe benefits often as much as base salary, and employers are always looking to the cutting edge regarding the types of benefits they offer in order to attract and retain talent. Before the Final Rule, in some cases, it was unclear if the “value” of such fringe benefits needed to be included in the regular rate, which could cause significant liability to employers and/or restrict an employer’s desire to provide such benefits.

The Final Rule revises the current regulations to confirm that certain fringe benefits do not need to be included in the regular rate, including, but not limited to, the cost of providing parking benefits, wellness programs, gym and fitness center access, employee discounts on retail goods and services, certain tuition benefits, payments for unused paid leave or paid time off (PTO), and certain sign-on and longevity bonuses. The Final Rule also clarifies what types of discretionary bonuses and reimbursed business expenses can be excluded from the regular rate.

Overall, the intent of the Final Rule is to better define “regular rate” to be more in line with the realities of modern workplace practices and to permit employers to more easily offer perks and other benefits to employees. Essentially, it is an updated approach intended to mirror the advancements in our society. Of course, employers are happy with this update, but this update was simply an inevitability.

Similarly, Netflix’s move to increase its movie-making production is another inevitability borne of the viewing practices of today’s consumer. Whether you like it or not, the future is coming, and in some cases, it’s already here. So, just accept it, and be prepared. Now, excuse me while I look through my calendar so I can adequately prepare to set aside 3 ½ hours to watch The Irishman.