In a work environment fraught with new issues and subsequent litigation, it is essential that employers establish employee best practices. When properly drafted and effectively implemented, these policies can protect employers and their employees, as well as maximize productivity. While laws do change from state to state, this article contains information that will be useful for HR managers in states that have recently or are about to legalize marijuana. 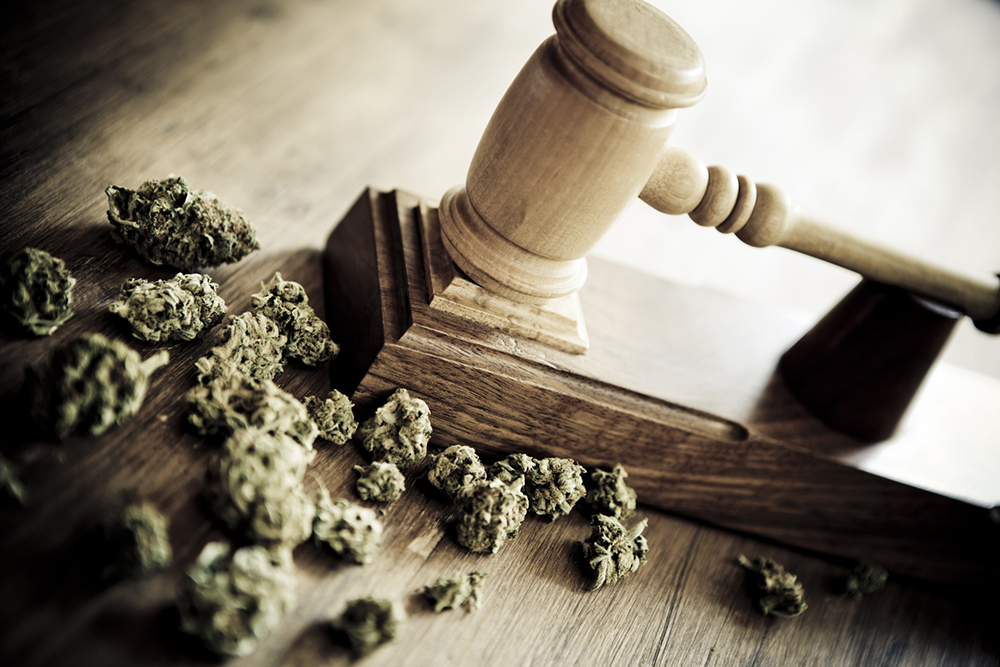 Few events have more potential to change the workplace landscape—and create more issues in the work environment—than the legalization of cannabis. These issues will only become more complicated as states continue to legalize medicinal and recreational use. Although marijuana was initially legalized solely for medicinal purposes, 11 states have now legalized its recreational use, with all signs pointing to more states following suit, although it remains illegal at the federal level.

Under the Cannabis Regulation and Tax Act (the Act),[1] recreational cannabis use will be legal in Illinois as of January 1, 2020, and employers will need to draft (or redraft) workplace policies in anticipation of the subsequent novel issues that will arise, as well as properly train employees on how to act in accordance with these policies.

Among the most complicated of these novel issues is assessing impairment, specifically the evaluation of information related to an employee suspected of performing his or her responsibilities while impaired by cannabis. This issue is difficult for many reasons (especially if the employer maintains a zero-tolerance policy), but the primary complication involves establishing the impairment itself.

What testing is available and permissible to evaluate suspected impairment? What are the signs of cannabis impairment? This article examines the testing methods an employer may use to test an employee for impairment from cannabis use (cannabis impairment) so that it may protect itself and its employees and maintain a safe and productive work environment.

What constitutes signs of impairment, as well as the related courses of action for employers, will warrant further discussion beyond this article.

(a) Nothing in this Act shall prohibit an employer from adopting reasonable employment policies concerning smoking, consumption, storage or use of cannabis in the workplace provided that the policy is applied in a nondiscriminatory manner.

(b) Nothing in this Act shall require an employer to permit an employee to be under the influence of or use cannabis in the employer’s workplace or while performing the employee’s job duties.

Furthermore, Section 10-50(d) addresses sufficient evidence of impairment, as well as the required right to contest, which an employee must be afforded if he or she is disciplined for cannabis impairment.

Zero-tolerance policies have long been popular among employers to deter unwanted workplace behavior and minimize bias in termination procedures by removing discretion. However, despite seeking to minimize bias, these policies are controversial because they have the potential to mask discriminatory termination, among other things. Indeed, although a recent amendment to the Act specifically allows employers to maintain and apply “reasonable workplace drug policies” in a nondiscriminatory manner, they must still have a “good faith” belief that an employee is violating the policy before taking adverse action.[2] The Act is thus likely to make zero-tolerance policies even more controversial, as strict forms and enforcement thereof may violate Section 10-50 if not modified to account for the Act’s new employee protections.

As a result, use of zero-tolerance policies will become more complicated. A zero-tolerance policy may be efficient and permissible when utilized in a nondiscriminatory manner, as required by Section 10-50(a) of the Act and other laws,[3] but it may not prohibit an employee from using a drug he or she is lawfully prescribed, provided that the drug: 1) does not affect the employee’s ability to perform his or her responsibilities;[4] 2) is solely used outside of work hours and within legal limits; and 3) affords those disciplined for cannabis impairment a reasonable opportunity to contest the employer’s determination.[5] Thus, cannabis legalization means that some employers’ zero-tolerance policies will be unlawful, even if implemented and applied in the previously sufficient nondiscriminatory manner.

As such, employers continuing to use such policies will need to adapt. Minimally, carve-outs will be required to accommodate lawful cannabis users, and additionally, employers will need to ensure accommodations are applied in a nondiscriminatory manner. Just as immediate termination for violation of a zero-tolerance policy may give rise to litigation related to discrimination, so, too, may inconsistent application of otherwise reasonable accommodations for cannabis use. While feasible in concept, such procedures will likely prove highly burdensome. Thus, reconsideration—or at least careful revision—of these types of policies is necessary.

In the event an employer suspects an employee is impaired due to cannabis use, compliance with Section 10-50(d) is best accomplished with a hybrid approach utilizing: 1) drug testing and 2) independent, objective evidence of the requisite “specific, articulable symptoms.”[6] As previously mentioned, this article focuses on the first arm of that approach—the drug testing methods available to employers—and evaluates the methods’ respective strengths and weaknesses. The other arm, evaluation of “specific, articulable symptoms,” warrants a separate discussion.

Also, continuous reevaluation of testing methods is essential, further complicating this analysis. Advances in testing technology are occurring at a rapid rate because nationwide legalization is seemingly inevitable, and thus, a consensus-best testing method would be extremely lucrative.

Urine testing is the most frequently used testing method and solely evaluates the presence of the parent drug’s metabolites, tetrahydrocannabinol (THC). Depending on the user, it will detect cannabis a few days to several weeks after use. The main benefit is the low cost, but 2–8 hours must elapse before a user will test positive, and there are myriad ways to manipulate the results, including adulteration (using a masking solution), dilution, and substitution, especially in a testing situation when sample collection is not monitored. Despite this method’s having the lowest reliability of all mainstream methods, urine testing is still frequently used in pre-employment testing, and the results are permissible evidence in court.

Blood testing is nearly as common and detects the presence of THC, as well as resulting metabolites. Like urine testing, blood testing will detect cannabis for up to several weeks following use, but in contrast, the results are highly dependent on the subject’s pattern of use and do not necessarily correlate to levels of current impairment. While relatively low in reliability compared with other methods, blood results are more reliable than urine, as they are less vulnerable to the subject’s manipulation.[7]

The increased reliability, detection of concentrations of THC (although the correlation with use patterns and concentrations is questioned by some), and immediate detection following use are among the benefits.[8] However, blood testing is expensive and invasive and requires those who administer it to have specialized training. Additionally, THC remains in tissues and is not eliminated from the body at a constant rate (as alcohol is); consequently, research has shown that levels do not correspond with impairment.[9] Despite these weaknesses, blood testing is still used in pre-employment testing and DUI testing, and the results are admissible evidence.

Despite these benefits, recent research suggests saliva testing, like urine testing, is subject to variance and false positives, and it cannot ascertain a user’s frequency of use.[11] For these reasons, saliva testing is used in pre-employment testing but is only admissible in court or used for DUI testing in a small (but growing) minority of jurisdictions, including certain municipalities in Illinois, California, Colorado, Michigan, Kansas, New York, Arizona, and Nevada.[12]

Hair testing detects the historical presence of THC metabolites. While a subject will not test positive for at least 5–7 days following use, hair testing will detect metabolites for approximately 90 days following use, depending on the subject’s hair length. The long detection window and the lack of susceptibility to adulteration make this method ideal for identifying habitual drug users and likely explain why subjects often consider this the most intimidating testing method.

However, hair testing is more costly than the other methods, and despite its high reliability, dark-haired subjects are more likely to test positive, as the higher levels of melanin facilitate the binding of metabolites to hair.[13] Hair testing is often used in pre-employment and DUI testing and is admissible as evidence in court.

Breath testing is the newest method of testing and,[14] by evaluating the presence of metabolites in a user’s breath, is purported to be the only type to test for impairment, although this has yet to be proven.[15] Furthermore, one device’s manufacturer claims that the results determine not only current impairment but also the level of impairment, akin to blood alcohol content (BAC) measurements from alcohol breathalyzers.[16]

Like blood and saliva testing, an impaired user will test positive immediately, but the window is only 2–3 hours (depending on the user’s method of ingestion)—a period that roughly corresponds with the deficits and effects associated with cannabis impairment. Despite this significant benefit, breath testing is relatively expensive, and because it is a new technology, it has less scientific support than other methods, although Michigan; California; Nevada; Arizona; New York; and Carol Stream, Illinois, are presently field testing various devices.[17] It is permissible as evidence in court in certain jurisdictions.[18]

If an employer decides to test for cannabis in its employee drug testing practices, it should weigh the factors of cost, the length of the detection window, location of testing (in-house vs. off-site clinical testing), and its employees’ rights. At the moment, hair testing, by virtue of its approximate 90-day testing window, may be a greater deterrent to employees’ working while impaired by cannabis, assuming employees are notified through a handbook or other policy that the employer will be able to monitor use over a longer period of time.

Furthermore, hair testing samples can be taken on-site and sent to a lab for testing, provided that employees have the requisite training to ensure proper chain of custody. However, hair testing cannot be the sole evidence of current impairment, nor is it as supportive as breath testing results can potentially be, as a user will test positive for months after the effects associated with cannabis use subside. Any positive hair testing results are suggestive—not conclusive—of cannabis impairment. Accordingly, to take sustainable corrective action, there must also be independent, objective evidence of “specific, articulable symptoms” that coincide with a positive test result, ideally among those listed in Section 10-50(d),[19] during the employee’s performance of his or her work-related responsibilities.

Furthermore, should an employer determine termination or discipline is necessary, “the employer must afford the employee a reasonable opportunity to contest the basis of the determination.” As such, regardless of the testing method utilized in pre-employment, random, or post-accident drug testing, Illinois employers that take adverse employment action against employees testing positive for cannabis must be prepared for employee rebuttal—a unique aspect of the new law that gives cannabis users workplace rights beyond those available to other drug and alcohol users.

John Litchfield is an Attorney at Foley & Lardner LLP.

Devoy Dubuque is a Chicago Attorney.

[3] See the Right to Privacy in the Workplace Act.

[16] Protzek, P.I.A.2, http://protzek-diagnostic.com/us-en/Products/opto-electronic-analysis/pia-2 (last visited Dec. 6, 2019) (P.I.A.2 is the only mobile drug testing device capable of performing qualitative and quantitative interpretations of drug tests, with a result in ng/ml).