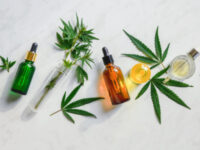 A recent opinion by the U.S. District Court for the Eastern District of Louisiana in New Orleans ruled that a jury was needed to decide a case after an employer terminated a disabled employee for failing a drug test because of her lawful CBD oil use. The ruling, which applies to employers in Louisiana, highlights […]

As the marijuana legalization and decriminalization trend continues throughout states across the nation (including with recent April 2022 action by the U.S. House of Representatives), now is a good time for all employers to review and update your drug testing policies.

As previous pieces I have written for this blog demonstrate, I am a huge track and field fan, so much so that I listen to multiple track-related podcasts, watch meets on television whenever I can, and once got embarrassingly excited when I came across sprinter Mike Rodgers DJing in an Austin bar during the weekend […]

In a work environment fraught with new issues and subsequent litigation, it is essential that employers establish employee best practices. When properly drafted and effectively implemented, these policies can protect employers and their employees, as well as maximize productivity. While laws do change from state to state, this article contains information that will be useful […]

Before Donald Glover (aka Childish Gambino) was singing duets with Beyonce, he was the brains behind TV’s Atlanta, a comedy-drama filmed and based in Atlanta, Georgia. Atlanta chronicles the efforts of Earnest “Earn” Marks (Donald Glover), a thirtysomething Princeton dropout, and his cousin Alfred Miles, up-and-coming rapper Paperboi (Bryan Tyree Henry), to navigate the Atlanta […]

Just a few years ago, it would have been almost unheard of for someone to list the ability to grow, identify, or recommend different strains of cannabis as a job qualification, but the times are a changin’!

Just a few years ago, it would have been almost unheard of for someone to list the ability to grow, identify, or recommend different strains of cannabis as a job qualification, but the times are a changin’! 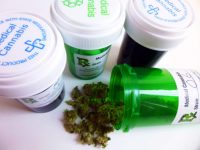 The legalization of marijuana poses more conundrums for employers than just the challenges caused by employees’ use of the popular herb. While most employers in states like Nevada, where marijuana is legal both medicinally and recreationally, worry about whether they can terminate an employee for lawfully using weed, others are asking whether they are required […]

Not so many years ago employers emphasized the importance of drug-free workplace policies—policies that often included zero-tolerance provisions. But as marijuana laws have undergone significant change in recent years, it’s time to give a second look to policies that may not have been updated in years.  Peter Lowe, an attorney with Brann & Isaacson in […]