There’s a paradox when it comes to emotional intelligence: Those who lack it rarely see the value in attempting to get better at it. It’s dismissed as an unimportant “soft skill,” and the conversation moves on. However, to be successful in a professional setting, the tenets of emotional intelligence, or emotional quotient (EQ), are too important to ignore. 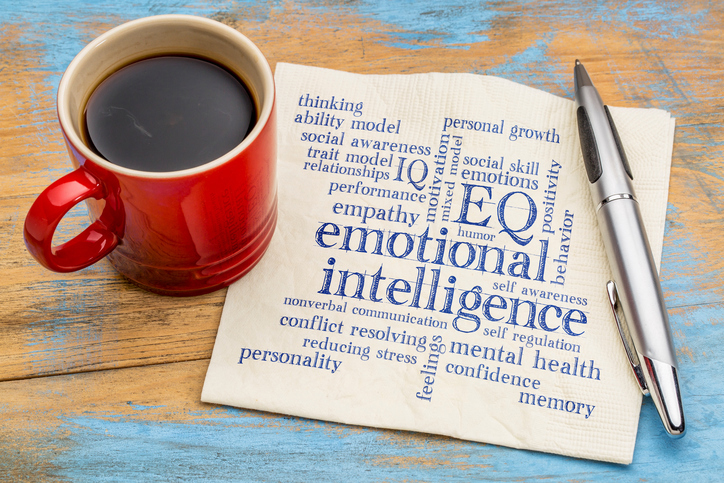 EQ is especially important for people in senior leadership roles. To be a successful leader, handling interpersonal relationships with good judgment and empathy is important. This is one of the tenets of emotional intelligence.

HR leaders are generally successful when it comes to navigating interpersonal relationships and embracing the concept of emotional intelligence. That doesn’t change the fact that you’re almost always going to need to confront that one person in the room who dismisses the importance of EQ.

So, what can you do about it? Use your emotional intelligence to create more champions.

How EQ Affects the Practice of HR

HR directors and CPOs are known to be “people” people—having a good reputation for emotional intelligence. Those working in HR don’t need to be bought in or convinced of the importance of developing EQ among employees. However, that doesn’t mean the rest of an organization’s leadership team will be bought in, too.

HR sets the direction for people and culture strategy, which encompasses areas such as:

The area that often provides the most spark for HR leaders and receives the most pushback from organizations (on budget and other concerns) is L&D. What organizations sometimes don’t realize is that the health of their culture is tied to how EQ is valued internally. The healthier the culture, the more likely they are to invest in L&D for their people. It’s L&D that fuels emotional intelligence.

In particular, making the case for L&D can be hindered when someone with low EQ is part of the team that controls HR’s budget. Leadership coaching, mentoring, eLearning, or anything that helps people develop people skills, just like EQ, can be dismissed as a soft skill, something that can’t be connected to the bottom line.

When you feel like you’re a lone champion of EQ and L&D, here’s what you can do to reduce friction and make an impact for your organization’s people.

Creating Champions for EQ Outside of HR

To showcase the importance of emotional intelligence and L&D in general, you need champions outside of the HR team. The easiest path to resolution is to use your emotional intelligence—specifically, that ability to handle interpersonal relationships—to actively listen to your detractors’ concerns. Figure out what is preventing them from embracing EQ and L&D, and address it.

This often means bringing data to the conversation. Support your request to invest in EQ and L&D with data. For example, Travis Bradberry, author of Emotional Intelligence 2.0, says, “Of all the people we’ve studied at work, we’ve found that 90% of top performers are also high in emotional intelligence. On the flip side, just 20% of bottom performers are high in emotional intelligence.” That’s on the individual level.

For teams, professors Vanessa Urch Druskat and Steven B. Wolff, in a Harvard Business Review article based on their research, say, “To be most effective, the team needs to create emotionally intelligent norms… The outcome is complete engagement in tasks.” These two sources scratch the surface of the kind of research you could bring to the discussion.

The most important person to recruit as a champion is your CEO, who is hopefully an easy prospect. (If this person isn’t, I’ll cover what to do in the next section.) Oftentimes, CEOs will see the importance of EQ because building a great executive team is what they’re judged on by the board. The challenge many CEOs face in their day to day is getting those people to work well together—it’s like they become a family therapist. So, if your CEO is effective, he or she is likely already on your side when it comes to EQ.

But, if your CEO doesn’t have a high EQ, it’s going to be an uphill battle. You’ll be chasing a budget and unable to get anything significant done. Look for a champion in someone that person is close with or looks up to. Garner as much support from the rest of the executive team as you can. And, when you’re applying for jobs, take time to assess the executive team’s willingness to enable L&D. Interview the whole team using the questions we’ve included next, and find your champions before you start.

How to Assess Company EQ and Find Champions in an Interview

If you want to understand your future employer’s attitude toward investing in L&D and EQ, try using these questions. You can also use them as an assessment of your current company’s approach, as well.