When it comes to crises, there are a few truths. First, a crisis can take many and unexpected forms. Preparing for one may not help you should a different crisis occur. Second, it’s just a matter of time before your organization is beset by one or more crises. What distinguishes those organizations that survive crises and those that do not comes down to one simple thing: preparation. 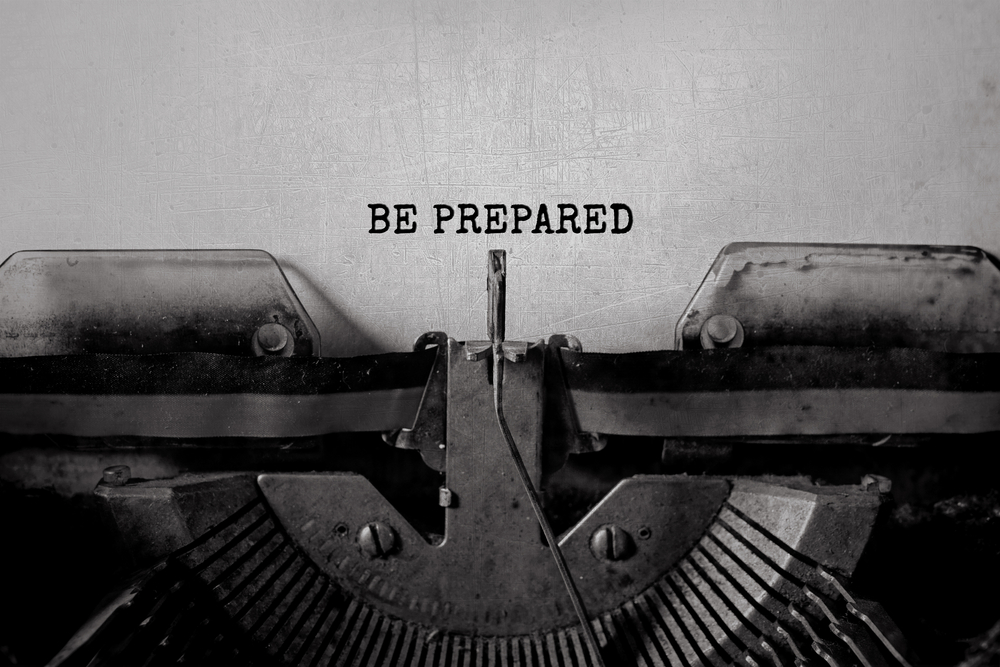 I recently spoke with crisis management expert and Co-CEO of LifeLabs Learning Tania Luna about healthy approaches to preparing for and dealing with crises.

Crises vary drastically in scale, effects, and scope. Luna categorizes them generally into external, internal, and personal crises. It’s important to understand that crises that get a lot of media attention only represent a small fraction of crises that organizations have to face.

Luna states that these include things like terrorist attacks or hurricanes. These are external forces that can severely impact organizations. She also reminds us that they are not always disasters and can take the form of “major events that will impact employees, like an election. Or maybe there are hate crimes on the rise in the area that might impact some of your employees.” Each of these situations has drastically different effects on an organization and requires drastically different approaches.

Other crises are fueled by internal sources. Luna includes “some pretty unfortunately common things” on that list like “individuals quitting or getting fired or a death or loss, disability, or injury on the team.” She also groups harassment, acts of bias, and discrimination as internal events that would constitute a crisis. While the media may never hear about the majority of these kinds of challenges, some rise to the public level, such as when the former McDonalds CEO was forced to step down after an affair he had with a subordinate. These types of crises are often more common than external crises but can be just as damaging, if not more so.

Finally, Luna remarks that personal crises for individuals at work can also wreak havoc on an organization. They can be anything, but some of the most common include employees experiencing a personal family crisis like a death, a major injury, or something of that nature. Such personal crises can and do enter the workspace and should be prepared for.

Without a doubt, the best time to address a scandal is before it happens. Luna says that you should “kind of assume that at some point, there will be one. And as an HR department, I think a really wise thing to do is create a crisis plan.” You can’t plan for them all, but having at least some plans in place can really make a difference when a challenge comes along.

Who Leads the Charge

When you see a crisis blooming, who do you go to? Luna asks, “Who is going to lead the communications task force?” She continues, “If you think something is severe enough, like rules are being broken or there is an ethical violation, who can you escalate the information to?” Simply having a plan for who you need to talk to if something were to occur can make a big difference in dealing with a crisis.

Part of crises planning includes understanding that they can escalate rapidly. Luna uses the McDonalds CEO situation as an example. Some within the company knew about that relationship before it escalated to the point of being a media firestorm. Luna says, “There should already be a plan in place for who is and isn’t allowed to speak with the media. For those who are speaking to the media, what should they say or not say?” Having a communication plan can mean the difference between deftly handling an unfortunate situation and being lambasted for one or more news cycles.

Luna also believes that HR should have a good idea of who the internal channels of communication are. This includes who you should give guidance to when speaking with the media and who various communicators should and shouldn’t talk to. She says, “Having really good communication channels with your employees makes you much more ready to weather a crisis.”

Many organizations get their response to crises dead wrong. Take the United Express Flight 3411 incident. United Airlines staff forcibly removed Dr. David Dao for refusing to give up his seat, as he had a patient to see the next day. The viral video of him being bloodied and dragged from the plane while seemingly unconscious struck a major chord. It took United 1 day to respond, and when it did, CEO Oscar Munoz attempted to justify the removal of Dao, which created what can only be described as a nuclear-level media event.

We can only speculate about what went on internally at United before the CEO accused Dao of being disruptive and belligerent as a strategic approach to diffusing the situation. However, all of the factors of public crises like this were clearly not considered. Luna lists just a few of those factors as “your brand, your customers, your investors, employees, and managers.”

Responses like that from United can sometimes appear to be calculated simply to protect the organization from legal action. That is, they deny that anything was done wrong, shift the blame away from the organization, and prepare the troops for court. Such an approach might appear very prudent from a legal perspective, especially when you are close to the event’s occurrence, but it misses all those other factors.

Luna says, “It’s never a good idea to have one crisis advisor because a crisis essentially means that there is a major discrepancy in what everyone expected.” In other words, a crisis by definition is a major disagreement about what should have happened versus what has happened. Such events require perspective if organizations hope to successfully navigate them.

The Meaning of Silence

Some organizations approach negative viral publicity with silence. Why do they do so? Luna offers a few examples when she says, “It might mean that they are not ready to speak. For others, it means that they don’t think it was a big deal and don’t want to treat it as such. And for still others, it might mean that they feel shame and don’t want to address it.” The problem with being silent, as I see it, is that everyone outside the organization is going to interpret the intent. Speculation can create some very negative and creative beliefs among critics.

Approaching a Crisis in Four Steps

Luna believes there are four steps for handling a crisis. Broadly speaking, they involve acknowledging the crisis, creating a space to listen, analyzing the crisis from various perspectives, and sharing options.

The Challenge of Acknowledgment

Being methodical and judicious in acknowledging that something has happened when crises rear their heads publicly can make a major difference in how successfully an organization weathers them. Luna has a few steps that she believes make a big difference.

Luna believes in what she calls the “know/don’t know” model. Even if you don’t have a plan ready or you haven’t quite assembled a team, “the first thing to do is say you’re here.” Luna says to use the model and communicate: “Here’s what we know, here’s what we don’t yet know, and here’s when we’ll follow up with more information.”

Rolling out the know/don’t know information shouldn’t be accompanied by unrealistic statements or being “premature in sharing details that you might not have all of the information about.” It’s just a matter of touching base and saying, “Here’s when you can expect to hear more information,” she says.

Appearing deaf to the concerns of those affected by a crisis or those who are viewing the crisis from the outside can be very damaging. When you are done acknowledging the crisis, create a way for you to show everyone you are listening.

Getting perspective on a crisis can really help you roll out solutions and handle the multifaceted fallout. For example, look at the situation from the person or persons who created the crisis, look at it from those being adversely affected by the crisis, and look at how the crisis might be interpreted by someone on the outside.

Being open about exploring the various angles of the crisis helps reinforce the open communication that started with the acknowledgment.

Luna defines this as “checking back in and asking people how they feel about the situation. Ask them what additional questions they have.” Doing this kind of follow-up not only helps you learn how to avoid the crisis in the future but also shows that you are serious about correcting the conditions that created it in the first place.

What we discussed today barely scratches the surface of crisis management. Crises are as complex as they are multitudinous. However, taking the time to prepare for a crisis can make navigating it less painful. Finally, being prepared for multiple crises can help you meet a crisis you never anticipated more efficiently.