In a recent article about Consolidated Omnibus Budget Reconciliation Act (COBRA) benefits during the pandemic, we received a number of questions. We had a chance to ask an expert for more details about how former employees interact with COBRA during this challenging time. 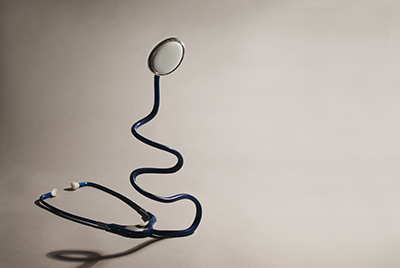 Alan Silver, Senior Director of Health and Benefits for Willis Towers Watson, offered his expertise on this topic.

HR Daily Advisor: Are you aware of any federal legislation aimed at extending COBRA benefits during these troubling times? What about state legislation?

Silver: Traditionally, states tend to stay out of COBRA legislation because the Employee Retirement Income Security Act (ERISA) is thought of as the governing body regarding COBRA. That being said, some iterations of the stimulus bills have considered privately or publicly an opportunity to expand COBRA protections through either subsidy or length.

To my knowledge, there is no legislation on the verge of passing that expands COBRA at this time, but that could change with the latest rounds of negotiations—I’ve heard that some in Washington have commented on how they believe employers that receive stimulus dollars should be forced to cover the costs of COBRA with varying durations.

HR Daily Advisor: What happens when a former employee has COBRA benefits but can’t see a dentist, for example, because all offices are closed during the outbreak? What recourse does he or she have?

Silver: The thing to remember about COBRA is that when you are a COBRA participant and you’ve paid your premiums, the way your plan works is the same for you as it is for someone who is actively employed and on the same plan.

To the extent that the plan has the ability to influence providers in a region, that influence would apply to both active and COBRA participants. However, in an environment like this, access to care is a problem for everyone.

HR Daily Advisor: Are there any other programs like COBRA that individuals can take advantage of?

Silver: We think that in this current economic environment, the large number of people considering COBRA would be well served by checking the individual market due to the availability of lower-cost options and the federal subsidies they may access.

Remember, a participant electing COBRA can only elect it for the plan he or she was in before losing coverage. The individual can’t choose another plan the employer offers. If he or she is looking for different options because his or her situation has changed (and some could argue that he or she should be), the person would be well served to review options outside of COBRA.

HR Daily Advisor: Do you have any advice for employers surrounding COBRA when letting employees go?

Silver: In the past, employers would simply provide COBRA notifications to comply with COBRA. They still need provide these notifications to maintain compliance but can also provide a separate communication to talk about what the options are for participants outside of COBRA. They need to do this while being careful not to induce participants to not elect COBRA, which would be a violation of COBRA regulations.

HR Daily Advisor: COBRA can be used for those who are separated from an organization or those who get their hours reduced. But what about furloughed employees?

Specific to that, I can’t caution enough that employers need to think about compliance and the ramifications of their communications when they furlough employees. As an example, I have a client that furloughed a number of its employees and, in the notice, said it would cover benefits for the duration of their furlough.

As the furlough period increased, it reviewed its options for moving participants into COBRA and found that because of the way it communicated, COBRA would represent a form of coverage that could result in Affordable Care Act (ACA) penalties. As a result, the employer was not able to implement a COBRA strategy and had to find the savings it anticipated from COBRA elsewhere. Legal ramifications are numerous in this world; employers should have their legal counsel review all of their policies and procedures.

HR Daily Advisor: Anything you would like to add?

Silver: I’ve covered most of the pertinent topics, but the one thing I would add is that some employers are viewing COBRA as an opportunity. In the case of individuals who are approaching age 65 and Medicare eligibility, the cost of COBRA is enough to discourage them from retiring—some employers view that enhancing COBRA, either through subsidizing or increasing the period, allows them to create a form of retirement open window that helps manage their workforce and cash flow better.

Silver wrote a white paper on this topic, which can be found here.