As of Monday, June 1, 2020, more than 17,000 National Guard soldiers and airmen were activated in 23 states and the District of Columbia in response to civil disturbances. According to Chief of the National Guard Bureau General Joseph L. Lengyel, that brought the number of National Guard troops engaged in domestic operations at the direction of the governors to a record 66,722, including the 45,000 responding to COVID-19. An additional 28,000 are deployed worldwide. 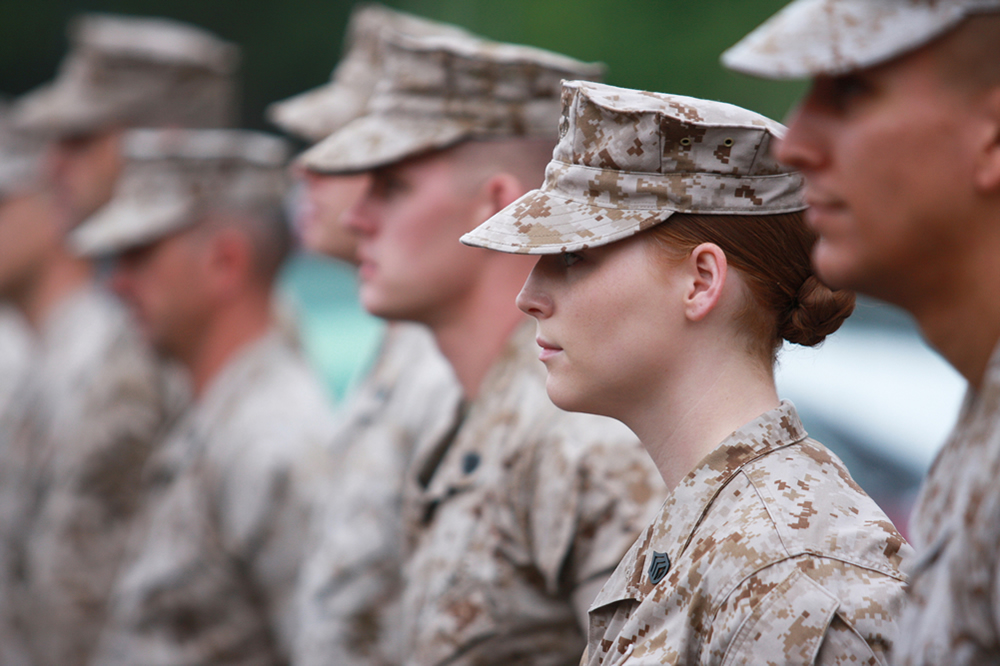 Also on Monday, in a speech, President Donald Trump said he “recommended to every governor to deploy the National Guard” to quell the violence and that if “the city or state refuses to take the actions that are necessary to defend the life and property of their residence, then I will deploy the United States military.”

If you have an employee who is a member of the National Guard or a branch of the military, now is a good time to review and prepare for military-related leave and reemployment under the Uniformed Services Employment and Reemployment Rights Act (USERRA) and state laws, which protect the right of veterans, reservists, National Guard members, and certain other members of the uniformed services to reclaim their civilian employment after being absent because of military service or training.

USERRA protects military servicemembers and veterans from employment discrimination based on their service and protects their civilian jobs and related benefits upon their return from uniformed service. It applies to members of the armed forces, military reserves, National Guard, and commissioned corps of the Public Health Service, as well as any other category of servicemembers designated by the president in times of war or national emergency.

USERRA applies to all federal, state, and local government employers; private sector employers; and even foreign companies operating in the United States and its territories, regardless of the number of employees they have. USERRA also applies to U.S. employers operating overseas. Service activities covered by USERRA include voluntary or involuntary service for active duty, active and inactive duty for training, National Guard duty under federal law, and a period of time to undergo examination to determine fitness to perform such duties.

Under USERRA, employees are eligible for military leave and protected by USERRA’s requirements as soon as they are employed. Furthermore, USERRA prohibits an employer from denying any initial employment, reemployment, retention in employment, promotion, or any benefit of employment to an individual based on membership, application for membership, performance of service, application for service, or obligation for service in the uniformed services such as the National Guard.

USERRA also prohibits retaliation because an employee has exercised USERRA rights, testified in connection with a proceeding under USERRA, or assisted in a USERRA investigation.

Employers have the right to receive advance notice of an employee’s National Guard or other uniformed service, unless military necessity or other conditions make it impossible for the employee to provide notice.

Due to the current climate and civil disturbances happening across the United States, employers should be aware that it may not be possible for employees to provide advance notice of their National Guard or uniformed service. Employers should work with their employees as much as possible to ensure employees’ USERRA rights are correctly applied and enforced.

The National Guard has a dual status. It is a reserve component of the Army or, in the case of the Air National Guard, of the Air Force. Simultaneously, it is a state military force subject to call-up by a state’s governor for duty not subject to federal control, such as emergency duty in cases of floods or riots. National Guard members may perform service under either federal or state authority, but only federal National Guard service is covered by USERRA.

It is important to note that the D.C. National Guard is the only unit that reports only to the president, so they will be protected under USERRA no matter how they are called up to service.

Although National Guard service under authority of state law is not protected by USERRA, many states have laws protecting the civilian job rights of National Guard members who serve under state orders. Enforcement of those state laws, however, is not covered by USERRA or federal regulations.

The Department of Labor (DOL) emphasizes that the authority under which orders are issued to servicemembers can change, even in the course of a servicemember’s performance of service. Therefore, employers must communicate with their employees called up to service to ensure the correct laws and protections are applied at any given time.

According to the DOL, the military family leave provisions of the Family and Medical Leave Act (FMLA) entitle eligible employees of covered employers to take FMLA leave for any “qualifying exigency” arising from the foreign deployment of the employee’s spouse, son, daughter, or parent with the Armed Forces or to care for a servicemember with a serious injury or illness if the employee is the servicemember’s spouse, son, daughter, parent, or next of kin.

Due to the requirement that the National Guard servicemember be deployed to a foreign county, the military family leave provisions of the FMLA do not apply to the current servicemember situations discussed in this article.

It is important for all employers to realize that under the present circumstances, whether USERRA applies will require an individual and fact-specific analysis. Employers will need to examine the orders under which each employee is called up to serve in order to determine whether USERRA or state law applies.

USERRA’s reach is broad. It covers not only those in federal service in the Army and other branches of the federal armed forces but also persons in “service in a uniformed service,” which includes full-time National Guard duty. And although the law doesn’t require employers to provide paid time off to perform such duty, it does prohibit employers from treating persons in such service less favorably than employees who need leave for other reasons. The evaluation of an employee’s military service and return to work is fact-specific. If you’re faced with such a situation, you should carefully apply USERRA’s guidelines.