To be a better leader, you need to uncover and challenge hidden assumptions. But identifying them is not easy. That’s because the more you know about your business, industry, function, spouse, family, and friends, the more assumptions you make. 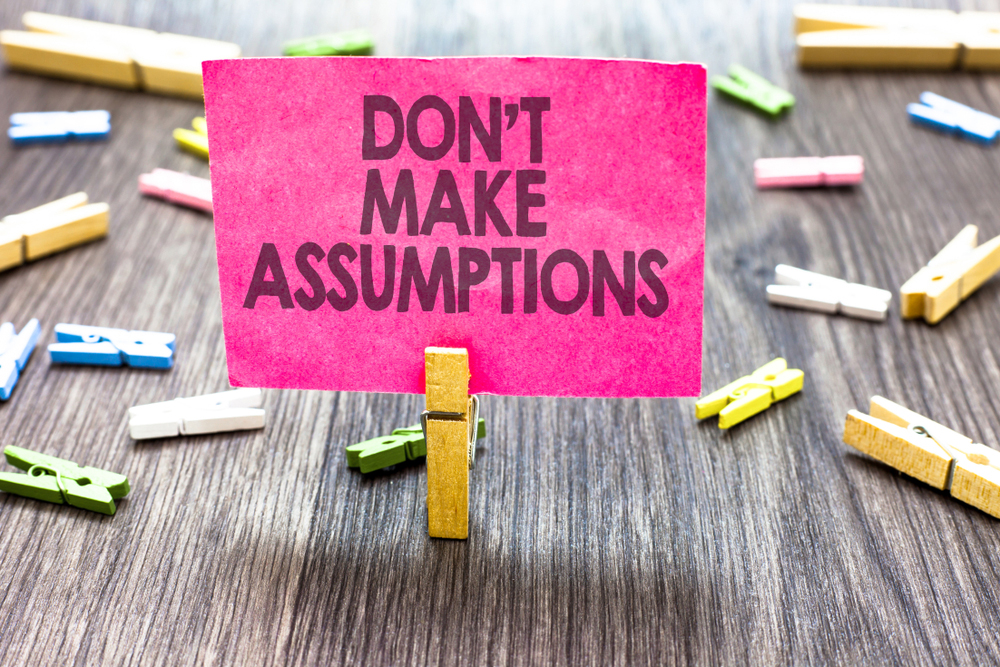 These assumptions create blind spots that prevent you from seeing what is really going on. In order to ask the right questions, you need to shine a light on those blind spots. Assumptions are beliefs that we hold to be true, often regardless of the facts. The key is to bring these assumptions to the surface in order to confirm or refute their validity. If you don’t, your questions might be overly influenced by past experiences, potentially leading you in the wrong direction.

It happens to companies all the time. Kodak, for example, assumed it was a film company, but in fact, it was in the business of capturing moments and sharing experiences. This led the company to ignore any nonfilm solutions, such as digital camera innovations, until it was too late—this in spite of the fact that it invented the digital camera in the 1970s. If it can happen to Kodak, it can happen to us.

Why do we hold onto faulty assumptions? Because the brain is wired to convince us we are right, even when we are wrong. A psychological phenomenon called confirmation bias causes us to ignore information that is inconsistent with our beliefs. Bad news and contradicting evidence are disregarded.

Why? According to research conducted by Bojana Kuzmanovic of the Max Planck Institute for Metabolism Research in Cologne, anytime we hear information that supports our assumptions, the brain activates two areas of the prefrontal cortex associated with other rewards, like food and money.

We look for information that supports our beliefs because we receive a reinforcing boost when we find it. Even when we are 99% wrong, the brain looks for the 1% so it can say, “Hey, you were right about this decision. Congratulations!” This is why beliefs are so difficult to shift—the brain loves to be correct. It will give us the equivalent of an adrenalin rush, even when we are wrong.

Interestingly, the study also concluded that “[t]he influence of preferences is independent of expertise. We can benefit from this pleasant self-strengthening effect as long as our judgments do not have serious consequences.” This implies that even when we have little experience, our confidence levels might be overly inflated.

That said, the study concludes that “[w]hen making important decisions, we should be aware of our tendency to distort judgment and apply strategies to increase objectivity.” This is great advice. Simply being aware of these biases is a good first step; remind yourself and others that we all have these tendencies and that ego and arrogance lead to bad decision-making.

A willingness to be wrong is critical for reducing failure rates. You know the old saying about what happens when you assume.

One simple clue to an assumption is when people say, “We always do it this way,” or “We never do it that way”—that “it” often belies an assumption. Keep in mind that every assumption has a genealogy. Once you identify one, it is often insightful to ask, “What are the underlying assumptions of this assumption?” as well.

Another great way to capture assumptions is through storytelling. Let’s say you’re redesigning a car. You might start by asking, “What do we know to be true about a car?” Cars have four wheels, a steering wheel, windshield wipers, an engine, and a space for the driver.

Tell the full and elaborate story. A car has four wheels. Does it need four wheels? What if it had three wheels? What’s the upside? What if it had five wheels? It has a steering wheel. Autonomous vehicles in the future probably won’t have steering wheels. What about windshield wipers? Maybe a wiper isn’t the best way to eliminate the rain from a car’s windshield. Or maybe we redefine how we develop windshield wipers.

Ask employees and customers to tell stories, as well. Record the conversations, and get them transcribed. Highlight the sentences that might imply underlying assumptions. Be sure to take your time with this. The most dangerous assumptions are implicit, not explicit.

Forcing the opposite to be true is not easy and takes time. Don’t rush through it. Give each assumption proper consideration. Afterward, discern and validate which are correct and which need to be busted.

Bring your assumptions to the surface. Let go of your ego. Allow yourself to be wrong. Do not let confirmation bias elevate only your faulty assumptions. Not challenging assumptions can severely impact your business—and your life.