In our series on chief diversity officers (CDOs), we’ve embraced the spirit of inclusiveness that the professionals we’ve featured have all strongly endorsed. While we’ve sought out CDOs specifically, we’ve spoken to professionals with a diverse range of titles, from diversity and engagement program manager to director of equity and compliance to chief executive officer, although they’ve all had the organizational clout and drive to be genuine champions of diversity, equity, and inclusion (DEI) in their organizations. 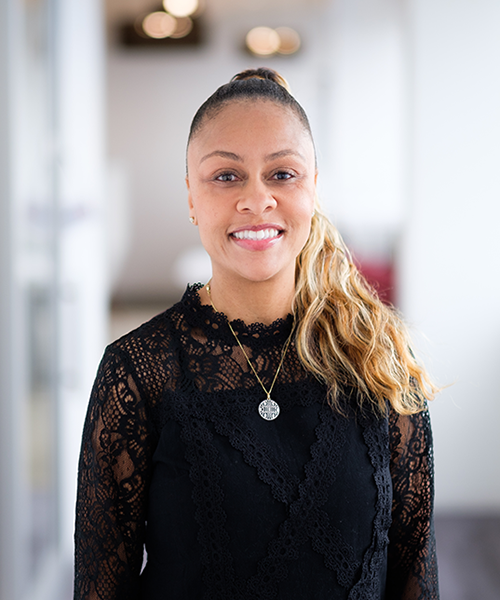 Note: Tauhidh was also a guest on a “Faces of HR” column which can be seen here.

For this feature, we spoke with someone who fits the traditional titular CDO role but who, like many of the DEI professionals we’ve spoken to, followed a nontraditional path to her current role.

People Development Through a Psychology Lens

Tauhidah Shakir is Vice President of HR and CDO at Paylocity, but people development and DEI weren’t always her primary passions. “I always wanted to be a psychologist,” Shakir says. “Then, I realized how long it would take to complete schooling for this career path, so I pivoted to HR, which suited my interests and strengths. I’ve always been really intrigued with how people think and why they do the things they do and decided to take a course in HR organizational behavior.” Shakir says she thought it was really interesting to understand how people interact within an organization and why they do the things they do. She felt HR would be the next best thing to being a psychologist. Since starting her career, Shakir has worked at a variety of organizations in HR roles, including Fossil, ULTA, and Echo Global Logistics.

A career trajectory many of our readers are probably familiar with— from either personal experience or the experience of friends and colleagues—is that of a corporate professional who leaves the full-time, direct-employment world and enters the world of consulting, often with his or her own solopreneur business. What this transition gives up in job security it gains in independence and the potential for greater financial reward.

While Shakir did move from the corporate world and roles at different companies to launching her own consulting company, she ultimately made the transition back into the corporate world when she accepted her current position with Paylocity, which was one of her clients during her stint as an independent consultant.

“I was really focusing on diversity, equity, inclusion and executive coaching,” Shakir says. “Through doing this work, I had an opportunity to work with Paylocity and help the company stand up some of its DEI programs and employee resource groups (ERGs). By interacting with the leadership team, the HR team, and some of the employees, I was really impressed by how committed the organization was to diversity, equity, and inclusion. It wasn’t just because this is a hot topic but rather because it’s part of Paylocity’s culture.” Shakir says that when the CDO and VP of HR opportunity with Paylocity arose, it was a “no-brainer” for her to pursue it because of her familiarity with and respect for the Paylocity team and their passion for DEI.

DEI isn’t a brand-new concept in the corporate world, but it has come into real focus in the last decade or so. This relative novelty means that many organizations and professionals have only a vague sense of what the term means, especially when it comes to inclusiveness. Shakir explains that Paylocity strives to create a culture in which every employee has a voice, and that’s a great way to understand inclusion.

While diversity is a key foundation of inclusiveness, a company can be diverse—in the sense that its workforce is made up of people from a variety of racial, ethnic, gender, socioeconomic, religious, and other backgrounds—but still not be inclusive because only a subset of that workforce (often white men) has genuine decision-making authority or even input.

Shakir explains that Paylocity has taken a wholehearted approach to the entire DEI mission; this approach exhibits the inclusion element in particular. “DEI is so important to us because we want employees to feel welcomed, respected, safe and encouraged to bring their whole self to work,” she says. “A commitment to DEI is critical to cultivating a culture and work experience that we’re proud of. Paylocity has always been focused on creating the best experience for our employees. Our DEI focus has only reinforced our values and commitment to fostering an environment where our employees are celebrated for who they are. To promote DEI throughout our organization, we use various resources such as trainings, micro learnings, speakers, fireside chats and docuseries discussion groups to keep the conversation going with employees and leaders.”

It’s obviously hard to have an inclusive workplace if there isn’t anyone from a traditionally underrepresented group to be inclusive of. Many companies throw up their hands and explain away their lack of diversity by saying they just aren’t seeing enough diverse applicants. But using traditional recruitment strategies won’t address the problem of too few nontraditional job candidates.

“Diversity and inclusion within Paylocity’s hiring process has and will continue to be a top priority,” Shakir says. “We don’t just talk about the importance of incorporating DEI within hiring and recruiting, but we take proactive steps to ensure it. Our hiring managers and talent acquisition teams are not only given a diverse set of candidates, but they are also trained on how to reduce unconscious bias and what questions to ask that are skills-focused and rooted in our core values.”

Shakir says Paylocity also has diverse interview panels and partners with diverse job boards and posting sites to make sure it’s doing everything in its power to promote a diverse and inclusive community of talent. In addition, the company’s applicant tracking system allows recruiting teams to track, collect, and analyze candidate demographic data.

It’s perhaps not surprising that a job function like CDO and its equivalent are often held by people with a variety of backgrounds and experiences. In Shakir’s case, that also means working for a diversity of former employers, including herself as part of her own consulting business. The fact that she went from serving as an independent HR consultant for Paylocity to joining the company full time as its vice president of HR and CDO demonstrates the effective partnership and shared vision she and the organization have when it comes to promoting meaningful DEI.

Regardless of the role she holds, Shakir continues to make an impact.