An East Tennessee federal district court recently issued a preliminary injunction barring a person from using information he stole from his former employer to further his competing business. 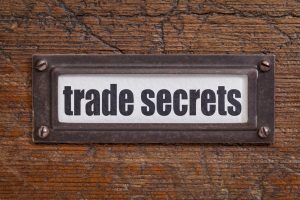 Misappropriation of trade secrets claims often turn on whether the information taken is truly a “trade secret.” In making the determination, courts consider a number of factors, including the extent to which it’s public knowledge, measures taken to preserve its secrecy, the value to its owner and competitors, resources expended in developing the information, and the ease for someone else to acquire it.

Billy Maples served as general manager for Knox Trailers, which operates a trailer sales and repair business in Knoxville. In his role, he had access to the company’s “Southware” software database, through which it stored a wide variety of digital information customized to its business, including customer and vendor details, pricing information, and customized reports.

In late 2019, Maples, who wasn’t subject to a noncompete agreement, began exploring plans to open a competing trailer repair business known as Titan Trailers. In February 2020, while still employed by Knox Trailers, he downloaded information from Southware’s databases onto a thumb drive. Thereafter, he asked Stephen Powell to use the downloaded information to set up a database for Titan Trailers.

Two weeks later, Maples resigned from Knox Trailers. A week after that, he texted Powell to say, in establishing Titan Trailers’ database, “don’t set anything up from Southware that is captive to Knox Trailer pricing or history of sales or ordering if that’s possible.”

After becoming suspicious of Maples’ activities, Knox Trailers sued him, Titan Trailers, Powell, and others in March 2020, accusing them of misappropriating trade secrets and other wrongdoing. In late 2020, during the course of discovery (or pretrial fact-finding), Knox Trailers learned about the existence of the thumb drive and a series of incriminating text messages between Maples and Powell.

Consequently, Knox Trailers asked the federal district court to issue a preliminary injunction to preclude the defending parties from using any information stored on its databases. Maples testified he didn’t intend to use any confidential information but instead wanted to “save time over manual inputting” of data and avoid purchasing the software directly from Southware.

The court determined Knox Trailers met its burden of demonstrating the preliminary injunctive relief was warranted. First, the court found the company was very likely to succeed at trial in proving the defending parties had misused its trade secrets. Rejecting their argument that the downloaded information didn’t qualify as trade secrets because it was publicly available, the court noted the “vastness of information” included in Knox Trailers’ databases “as well as the customization of their systems to allow for the interaction and analysis of that information.” It further found:

Though a single piece of data, such as a customer name or an old invoice, may be available to others within the field, the entire collection of data is not publicly available, and the independent duplication of the system and collection of the data from independent sources would be painstaking and expensive.

Upon finding the defending parties likely misappropriated Knox Trailers’ trade secrets, the court had little difficulty concluding (1) the company faced irreparable harm in the absence of an injunction, and (2) the harm outweighed any harm (which wasn’t articulated) by the other parties.

Specifically, “damages resulting from the loss of goodwill, customer relations, and fair competition are difficult to calculate.” Thus, the court ruled the defending parties were precluded from making use of any information derived from the databases at least through the time of trial. Knox Trailers, Inc. v. Clark, 2021 WL 2043188 (E.D. Tenn., May 21, 2021).

Developing the proof necessary to convince a court to issue a preliminary injunction is a tall order, but Knox Trailers had Maples dead to rights. It never looks good when an employee secretly downloads information shortly before his departure. Maples got busted, and his excuse that the stolen information didn’t amount to trade secrets rang hollow.

Indeed, if the information wasn’t valuable and easily could have been duplicated through the public domain, then why did Maples go to the bother of downloading it? And why didn’t he tell anyone from Knox Trailers what he was doing if he didn’t think it was wrong? The case is important in reinforcing this well-established principle: Even if an employer’s individualized information may be publicly available, the compilation of it over time can cause it to reach trade-secret status when considering the totality of the circumstances.

The case is unusual insofar as it took Knox Trailers several months through the discovery process to realize what Maples had done. When you become suspicious of a former employee’s wrongdoing, one of the best first measures you can perform is an immediate forensics examination of the individual’s computer(s). It’s unclear what transpired here, but it’s possible Knox Trailers scrubbed Maples’ company hard drive shortly after he left, so that no forensics exam could be performed.

Knox Trailers was fortunate to have learned of Maples’ malfeasance during the discovery process, but that took a long time, and the company likely sustained irreparable harm in the meantime. As for Maples and the other defending parties, they appear to be in a world of trouble.

David L. Johnson is an attorney with Butler Snow LLP in Nashville. You can reach him at david.johnson@butlersnow.com.