President Joe Biden’s announcement of a new action plan aimed at curbing the COVID-19 pandemic will create new requirements for certain employers, and the rules have employers asking what they need to do, when they need to comply, and the consequences for noncompliance. 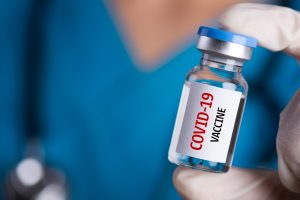 Biden’s plan, announced September 9, is a six-pronged approach that includes an emergency temporary standard (ETS) to be developed by the Occupational Safety and Health Administration (OSHA) instructing employers with at least 100 workers to require them to be vaccinated or submit to weekly testing.

The plan also builds on Biden’s July announcement pertaining to healthcare workers. As part of the package, he signed an Executive Order (EO) September 9 directing the federal government and all federal contractors and subcontractors to require their workers to be vaccinated subject to exemptions for those with medical or religious objections protected by the Americans with Disabilities Act (ADA) or Title VII of the Civil Rights Act of 1964.

The announcement has some employers “scrambling,” according to James P. Reidy, an attorney with Sheehan Phinney in Manchester, New Hampshire. They’re asking how the 100-employee threshold is defined, what industries are included, and when the new rule will be effective.

Reidy’s advice to employers: “Stay tuned! Like the virus, the law, regulations, and guidance continue to evolve.” He says he expects more information in the next week or so, but in the meantime, he’s telling employers with 100 or more employees to:

Albert L. Vreeland, an attorney with Lehr Middlebrooks Vreeland & Thompson, P.C. in Birmingham, Alabama, advises employers to start planning but not “set anything in stone” because the actual ETS may differ in significant ways from what has been announced.

Jason S. Ritchie, an attorney with Ritchie Manning Kautz PLLP in Billings, Montana, also advises employers to consider “what compliance will look like from a practical standpoint — the amount of paid leave that might be needed, the costs of vaccines and testing, and other state law implications.”

Kara E. Shea, an attorney with Butler Snow LLP in Nashville, Tennessee, says the main questions she is hearing about the plan concern what employers will be affected and when the new rules will go into effect. Although at least some details are known about when employers are affected, the timetable will depend on when OSHA issues the ETS, which may come in a couple weeks.

Until the ETS is issued, Shea says attorneys won’t be able to give definitive advice. Some questions to consider include:

Shea says Biden’s plan is “going to be very controversial in some areas,” and court challenges can be expected. Injunctions may delay implementation of an ETS. “Those challenges may need to play out before the ETS (or some version of it) goes into effect,” she says.

Vreeland also expects controversy but thinks the rule may be a relief for some employers. “I think it creates a dilemma for some employers who have more-resistant employees. They may lose some employees because of this, but it also gives employers cover” since many of them want to require vaccinations but are hesitant. “Now they can blame it on OSHA.”

Another question some employers have concerns about is how any new regulation meshes with state law. For example, Ritchie in Montana points out the OSHA regulation will go against Montana House Bill (HB) 702, which prohibits employers from requiring vaccines as a condition of employment or treating vaccinated and unvaccinated employees differently.

Ritchie says a federal regulation likely trumps the state law, but “preemption analysis is nuanced, and a complete analysis will depend on the specifics of OSHA’s regulation.”

A Look at Biden’s Action Plan

The action plan Biden announced September 9 includes both the EO and the ETS to be developed by OSHA. It also directs the Centers for Medicare and Medicaid Services (CMS) to require COVID-19 vaccinations for workers in most healthcare settings that receive Medicare or Medicaid reimbursement.

Shea breaks down the White House’s announcement by pointing out the EO requires federal agencies and contractors to enact a vaccine mandate (subject to exemptions required by law). She reminds employers if they aren’t sure if the EO covers them, they need to find out soon since the order goes into effect immediately.

“This EO requires a vaccination mandate, period, and does not permit a testing alternative, except possibly as accommodation for those with medical or religious objections,” Shea says.

As for the ETS, Shea reminds employers there is no immediate compliance requirement since the standard hasn’t been developed yet. When it’s issued, however, covered employers will be required to provide paid time off (PTO) for employees to get vaccinated and recover from any effects.