Once fodder for TV and movie comedy, non-Western names are increasingly common in American culture and work life. Moreover, as American companies increasingly have subsidiaries in or otherwise do business with foreign countries, exposure to such names is only increasing. 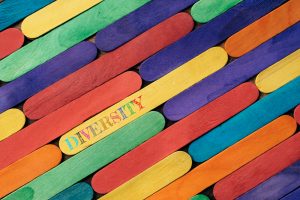 While encountering an unfamiliar name may have been an infrequent occurrence just a few years ago, it’s increasingly routine for many workers today.

Some Westerners may feel they are owed some latitude in their reasonable attempts to pronounce an unfamiliar name. However, having one’s name mispronounced by a manager or business counterpart, especially if it happens repeatedly, can be extremely demoralizing and make one feel like an outsider in their own organization.

Often those with names that are uncommon in their country or workplace will soften the pronunciation themselves in anticipation of mispronunciation or to avoid feeling like an “other.”

“Changing one’s name to fit in happens more often than some may think, especially on resumés,” writes Zulekha Nathoo in an article for BBC. “According to research from Stanford University and the University of Toronto, nearly half of black and Asian job applicants who altered their resumés did so by changing the presentation of their name in an effort to erase any racial cues.” Startlingly, Nathoo tells us that these researchers found that whitewashing their names made it twice as likely for them to be called for an interview.

Strive to Get Others’ Names Right

Long term having strangers or even long-time colleagues mispronounce one’s name and even accepting a varied pronunciation of one’s own name can have psychological impacts, making the person with the unfamiliar name feel like they’re “less than” their colleagues and that they aren’t even valued enough to have their name pronounced properly.

It may not be realistic to expect everyone to be able to pronounce an unfamiliar name the first time hearing it. Nor is it realistic to develop an encyclopedic knowledge of common names from cultures from around the world. However, those who work with colleagues or business partners with unfamiliar names can certainly make the effort to learn how to pronounce those names correctly. Doing so goes a long way toward helping these colleagues feel more included and valued.