On August 6, 2021, the U.S. District Court for the District of New Jersey denied requests by both an employer and an employee to resolve a dispute over abuse of leave under the federal Family and Medical Leave Act (FMLA) and the New Jersey Family Leave Act (NJFLA), which both give eligible employees job-protected time off to care for family members with serious health conditions. The employee claimed the employer interfered with his right to take intermittent leave by converting his absences to sick days and asking him to seek recertification of the FMLA leave. 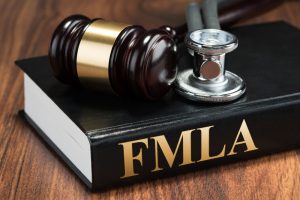 The court ruled it couldn’t dispose of the case in its early stages or find the employer properly disciplined him for excessive absences, in part because the proper documentation was lacking.

The Camden County Board of Chosen Freeholders, doing business as the Camden County Department of Corrections (CCDC), employed Matthew Calio as a corrections officer. He applied for FMLA leave in 2018 to care for his mother, who suffered from dementia.

The CCDC approved Calio’s request for intermittent FMLA leave. He was allowed to take leave for up to one absence per month, five days per absence, consistent with the medical certification he had provided.

Calio took FMLA leave on December 15, 2018, and then additional days on January 6, January 14, and January 28, 2019. On February 1, 2019, his supervisor recommended discipline for excessive FMLA leave use. He had been approved for only one occurrence per month (which would last up to five days), and his January 6 and January 28 absences had exceeded the allowance.

On February 19, the CCDC provided Calio with two notices of disciplinary action letting him know he would be suspended for exceeding the frequency of his allotted FMLA leave days on January 6 and January 28.

On March 12, Calio sued the CCDC alleging violations of the FMLA and the NJFLA. Before receiving the complaint, the employer converted the two absences to sick days and asked him to seek recertification for the leave if his needs had changed (e.g., if he needed more leave than one occurrence per month). The process allows the employee to submit updated medical information substantiating the need for more FMLA leave than the medical provider first authorized.

The CCDC wasn’t aware of Calio’s lawsuit at the time it made the decision to convert the two days at issue to sick leave.

The issue before the court was whether (1) the CCDC properly disciplined Calio for taking FMLA leave in excess of the amount approved based on the medical certification or (2) the employee failed to submit his recertification justifying the additional leave in a timely fashion. If he had failed to timely submit the documentation, the court noted his FMLA leave would be excessive, and the employer could properly discipline him.

Both the CCDC and Calio offered inconsistent accounts, and there was no dispositive documentation from the employer about the timing of his certification request. Therefore, the court ruled it couldn’t determine at the present stage whether (1) the employer improperly disciplined the employee or (2) he instead forfeited his FMLA protections by failing to comply with the recertification request. In the absence of any clear documentation, the court found the case would proceed. Calio v. Camden County Board of Chosen Freeholders.

The case provides valuable lessons about the FMLA for employers: